Says It Is An Act Of Terrorism 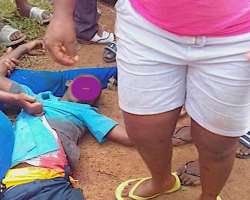 The Ambazonian governing Council has condemned in its entirety, the murder of seven students, a teacher and injuring of many others in Ekondo-Titi.

The Council says that her preliminary investigation fingers the "expendable 100" who are directly under the control and authority of the Ambazonian Interim government's self-acclaimed President, Dr. Samuel Ikome Sako.

In a Press Statement obtained by The Nigerian Voice and issued by the office of the Defense Chief, Ambazonian Governing Council, signed by the Deputy Defense Chief, Capo Daniel, the Council frowned at the shooting of unarmed students by the terror group, wondering why explosive ordinances was deployed in the operation.

Attached is the release: