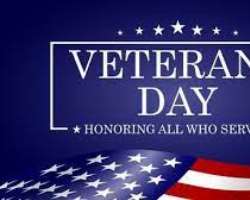 “Veterans day is an opportunity to remember the service and sacrifices of our veterans,” said Imad Hamad, AHRC Executive director. “We should honor them in our words and deeds every day,” added Hamad.