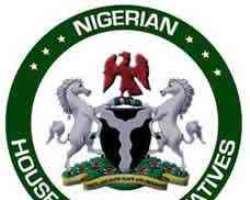 
Ministries and agencies supervising roads construction in the country were yesterday accused of collaborating with contractors to deliver poor quality roads at inflated costs.

Heaping the blame of bad roads on government officials and their collaborators, the leadership of the House of Representatives pointed out that it was the unpatriotic conducts of the supervising ministries that was responsible for the failure of roads in the country.

Deputy Speaker of the House, Alhaji Usman Nafada, made the allegations at a public hearing on 'a Bill for an Act to construct, build and maintain roads and erosion projects for five years before handing over and other matters connected therewith.

However, the Bill was sponsored by Mr Austin Nwachukwu, one of the 11 members of the 'Progressives' who were suspended by the House for unruly behaviour recently. Nafada, who represented the Speaker, Dimeji Bankole at the event berated the Ministry of Works for refusing to do its duty of proper supervision on contractors handling road projects, as he accused the ministry officials of compromising standard for pecuniary gains.

'We need to do something on the state of our roads. I don't want to blame the construction companies, there are people supervising them. For a certificate of no objection to be raised, there is someone either in the ministry or FERMA that would have said the project was satisfactory. Fraudulent practices by officials cause roads to fail.

'Foreign companies operating in Nigeria, you know the condition of roads in your country. It is criminal for you to come here and build substandard roads that will not last the test of time,' he fumed.

The deputy speaker lamented that Nigeria spends more on road constructions than some other sister countries in Africa, yet, has lesser quality roads than these countries. 'The problem of Nigeria is corruption. Neighbouring countries spend less than half of what Nigeria pay per kilometre for road construction, yet they get better roads constructed for them at the end of the day. Roads in better clime are constructed to last for at least 30 years, but roads in Nigeria hardy last two years. Some are even washed away before they are commissioned. This is not good enough but those saddled with the task of monitoring the stages of the construction, up to finishing, are in most cases part of the problem.

'It is a fact that bad roads endanger lives and the irony of it is that those who connived in constructing these bad roads for Nigerians are also making use of the roads. I am also worried that these construction firms can not do these shoddy jobs in their home country. It is considered a criminal act. They only do it in Nigeria, because somebody somewhere is ready to compromise standard because of personal financial gain, but I want to say it here that this must stop,' he said.

Nafada, who applauded the efforts of the Federal Roads Maintenance Agency (FERMA), stated that the agency has to put in more efforts to improve the quality of the roads they construct. Making a remarks, the Minister of Works, Senator Sanusi Daggash, blamed the state of the roads, across the country, on untimely and late releases of funds.

He stated that the level of deficits incurred by government in road construction was high and suggested the establishment of a contingency fund to be domiciled in the Ministry of Works to deal with emergency maintenance works that were not budgeted for. For FERMA to achieve better results, the minister said there was the need to allow the agency to choose roads to be maintained.

In the Speaker's message to the public hearing read by the Deputy Speaker, Bankole noted that road transportation in the country accounts for 75 per cent of the means of transportation of goods and persons. He, however, noted: 'Nigerian roads, whether federal, state or local government, are in a deplorable condition, such that they have been described in derogatory ways, including being referred to as death traps.'

Bankole said the House of Representative was ready 'to provide the appropriate legislative framework necessary to promote, stimulate and enhance the construction and maintenance of roads and erosion projects in Nigeria.'

Presenting its own position on the Bill, the Nigerian Society of Engineers (NSE), represented byMr. Olumuyiwa Alade Ajibola, gave reasons for the deplorable state of roads in the country.

NSE said inadequate time for planning and design, imperfect system of contract award, lack of quality supervision, inadequate funding and contract administration and inappropriate usage of roads, all contributed to putting the roads in a deplorable condition. 'The quality of supervision is suspect because adequate fund is not provided for full scale supervision as professionally required; this is the difference between the roads that are constructed today and those constructed in the sixties that are still serviceable today.'