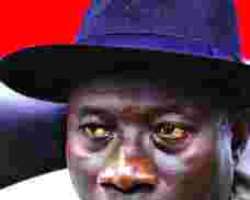 Already, the 'Northern Political Summit' billed for today at the Trade Fair Complex, Kaduna , titled : ' Roadmap to 2011: Imperative of justice, unity and national intergration', has been described as an attempt by the Northern Minorities to seize the initiative and engender the dumping of the zoning arrangement in the Peoples Democratic Party (PDP).

But the organizers said the gathering would bring about a peaceful emergence of democratically-elected and people- friendly leaders. They claim to have made wide consultations across the region, including reaching out to the Governors' Forum, the Arewa Consultative Forum (ACF) the Middle Belt Forum, the Northern Union, among others.

But in some core Northern states, the summit elicits anger and discomfort. Expressing a sense of betrayal, one of the members of the Northern Elders Assembly, who spoke to Daily Sun on Tuesday, claimed that the summit is sponsored by the Federal Government, while alleging that it is being co-ordinated by Senator Abba-Aji, the Presidential Adviser on National Assembly Matters, and Dr. Cairo Ojougboh, the Senior Special Assistant on National Assembly Matters.

According to this Northern elder statesman, the summit is 'mainly made up of Christian minorities in the North, like Sen. Jonathan Zwingina, Chief Solomon Lar and Chief Paul Unongo,' adding that the group has recently widened its ranks by co-opting non-Christian Northern leaders like Alhaji Abba Dabo and Senator Ibrahim Mantu.

'It is also believed that intense pressure from highly-placed government officials is also being mounted on such key Northern figures like Mallam Shehu Malami and Alhaji Hassan Adamu, Wakilin Adamawa, to come on board to give its activities the semblance of authentic Northern spread,' he said.

He insisted that the desperation of the group stems from the stout resistance of key political leaders and the bulk of the Northern governors to Jonathan's 2011 presidential ambition. He claimed that the three Northern vice chairmen of the PDP were under instruction to participate in the summit allegedly ' by the National Chairman of the PDP'

According to our source, the Presidency was taken aback by the opposition of the governors and the entire Northern political elite to the summit, which is being packaged as a private initiative. Their reasoning, he said, is that if the three vice-chairmen attended the summit with a number of other party stalwarts, it would be passed off as the official position of the PDP in the three northern zones.

He said that apart from technical papers which will be presented at the summit , there will be speeches opposing zoning and remarks rallying support for President Jonathan by select political leaders of the region. He claimed that they have evidence that the summit will concur with the pronouncement that zoning is dead and buried in line with the PDP National Chairman's recent statement on the matter.