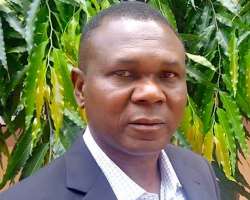 The Peoples Democratic Party, Ebonyi state chapter has elected a new chairman of the party, Mr Tochukwu Okorie following the successful conduct of her convention in Abakaliki .

Mr Okorie polled a total of 1,240 votes to defeat his only opponent. Silas Onu, former spokesman of the party who scored 260 votes.

The post of the office of the chairman was the only position that election was conducted into, while other officers were elected unopposed through consensus

In all a - 30-member State Working Committee was constituted to pilot the affairs of the party in Ebonyi State for the next four years.

Senator Ben-Collins Obi, Chairman of the congress panel, who announced the results, urged the winners to be magnanimous in victory.

“It is a great honour to be asked to chair this panel. Every successful beginning must have an end. The battle has been won and lost. But in our party as a family, nobody lost. But in a contest, somebody is bound to be angry.

“I urge winners to show magnanimity in victory. Create an opportunity for reconciliation. Bring them on board because in unity we stand. We need them to win election. And this is my appeal.”

Obi, who gave a low down of the congress, noted that a total of 1,510 delegates were accredited to vote in the election.

“I wish to congratulate the elected officials, our party members, our party leaders and panel members for the successful conduct of the congress,” Obi added.

In the same vein, the new committee was inaugurated and charged to work toward reconciling aggrieved members.

In his acceptance speech, the chairman promised to galvanise the party for victory in 2023 and commended the party leadership for ensuring that the exercise was free, fair and transparent.

He said: “We shall work to ensure that we build a strong PDP that will spur the party to victory in the state in 2023.

“We have internal dispute resolution mechanism, which we shall apply to reconcile aggrieved members.”