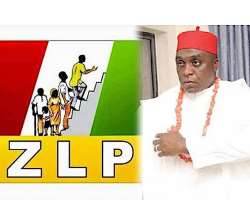 Facts have emerged that intensified talks between leaders of the Peoples Democratic Party (PDP) and the candidate of the Zenith Labour Party (ZLP) in the Anambra governorship election, Dr. Obiora Okonkwo, had stalled PDP’s campaign for the election.

PDP leaders in Anambra are said to have strengthened top-level talks with Dr. Okonkwo in further consolidation of the agreement to adopt him and his party as alternatives, following renewed apprehensions over the fate of PDP candidate, Valentine Ozigbo, at the courts.

A top member of the PDP campaign council for the Anambra election, who spoke on condition of anonymity, informed that key PDP officials held series of crucial meetings with Dr. Okonkwo in undisclosed locations in Abuja on Monday to further consolidate on the agreements ahead of the November election.

Though the Independent National Electoral Commission (INEC) had in its final list published Ozigbo as PDP candidate for the election, there are still fears that the party will be the ultimate loser if the courts eventually rule against him.

Key PDP stakeholders in Anambra state as well as governors elected on the platform of the party are said to be having cold feet to support Ozigbo’s campaign following fears that such would be a waste of time and resources following fears that he might not pull through the barrage of court cases challenging his nomination.

“I can confirm to you that our campaign is stalled because key stakeholders in our party are apprehensive that with Valentine Ozigbo as candidate, the PDP is on a suicide mission given growing fears that the court might quash his candidacy even after the election.

“The only strong option for the PDP to get to power in Anambra state is to adopt Dr. Okonkwo and the ZLP. You know that Dr. Okonkwo was runner up in the PDP governorship primary and many of our people are comfortable with him. In fact, he went to the ZLP with the support of majority of our members.

“So it is almost an open secret that PDP leaders have been having talks with Dr. Okonkwo and the ZLP as viable alternative to get to power in Anambra. Many of our leaders had already agreed to silently deliver their wards to Dr. Okonkwo. The Monday meeting was to further consolidate on the agreements reached’ he stated.

A top member of the Ozigbo campaign hinted that Ozigbo has been distraught by court cases over his nomination, which many party members believe is flawed leading to fears that the PDP is heading to a dead end with him as candidate.

He added that such was the reason there was no celebration in the party even when INEC published Ozigbo’s name in its final list.

The development is said to have further weakened the Ozigbo camp and stalled the activities of both the state and national campaign councils, thereby strengthening the option of going into the election under the umbrella of ZLP and Obiora Okonkwo as candidate as viable alternatives.

According to the source, “one of the fears is on the contention in court that Ozigbo’s nomination did not meet the required two-third majority of members of the state congress as stipulated in the PDP constitution.

“With the recent pronouncement by the courts that party’s must respect their constitution, many of our leaders see Ozigbo’s candidature as a dead end. They fear that even if Ozigbo wins, it might be like the case of APC in Zamfara in 2019. In politics nobody wants to waste resources on a futile venture” he stated.

He further disclosed that some PDP governors had advised that the party should not waste its resources on Ozigbo but consolidate on Dr. Okonkwo, since his campaign is already at top speed and most party members in Anambra state are already behind him.

When contacted, officials of the Ozigbo media team declined comments, though one of them averred that the campaign has been having difficulties in putting its acts together.