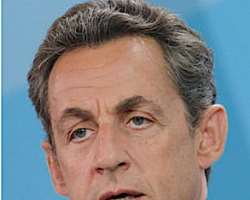 Former France president Nicolas Sarkozy has been handed a one-year prison term after being found guilty of illegal campaign financing of his failed bid for re-election as French president in 2012.

He was accused of having spent almost twice the maximum legal amount of €22.5 million on the re-election bid that he lost to socialist Francois Hollande.

The money was used by his conservative party to stage extravagant campaign rallies.

The court stated that Sarkozy “knew” the legal limit was at stake and “voluntarily” failed to supervise additional expenses.

Prosecutors accused Sarkozy of having ignored two notes from his accountants warning about the money issue and said he knew weeks before the election that his expenses were getting dangerously close to the legal maximum.

They argued that Sarkozy was “the only person responsible for his campaign financing” and that he chose to exceed the limit by organising several rallies, some of them very large.

In March he was found guilty of corruption and influence-peddling in another case.

He was sentenced to one year in prison and a two-year suspended sentence in that case but is free pending appeal.

Sarkozy retired from active politics in 2017, but is still playing a role behind the scenes.

Sarkozy was not present at the Paris court for the verdict’s announcement and sentencing that see him confined to his home under electronic surveillance.