NNPC: Ohanaeze thanks Buhari for appointments, asks for more 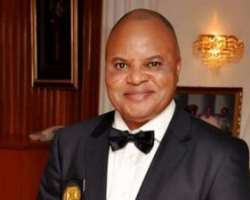 Last week President Buhari appointed Senator Ifeanyi Araraume as chairman of NNPC Ltd Board of Directors; and Senator Margaret Chuba Okadigbo as a member of the board.

Expressing its ”profound gratitude” to President Buhari, the Ohanaeze, in a statement by its National Publicity Secretary, Chief Chiedozie Alex Ogbonnia, said ”most people of the South-East of Nigeria were highly elated by the above appointments and expressed the hope that this is the beginning of a new dawn.

The two appointments offered to the two eminent Igbos came shortly after the Igbo Stakeholders met with Mr. President at Owerri, Imo State on September 9, 2021 is a signal that the visit to South-East is yielding quick signs of benefits to the people of South-East.” He continued: ”This kind disposition by Mr. President is a source of motivation to Ohanaeze Ndigbo Worldwide in their quest and aspirations for a peaceful united Nigeria buttressed by equity, justice and fairness.

”It is hoped that Mr President will continue on this path of honour and reflective national peace building. Mr President has less than 18 active months in Office. The remaining period of his eight years incumbency can be used to take some far reaching decisions which will affect the entire Nigeria, either positively or negatively. It is therefore hoped that Mr. President will choose the better option of addressing the crisis in the South-East.” Vanguard