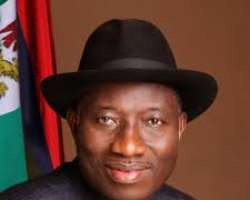 As the battle for who seats on Nigeria’s most exalted throne after President Muhammadu Buhari gains more momentum, one person who has dominated topics of discussions across our political landscape lately, is Former President Goodluck Ebele Jonathan. Although several opinions, agitations and outcries are being elicited in various quarters, it is important for Nigerians to know that we are at a crossroads and the choice of who receives the baton come 2023 will go a long way in determining how the tears on our national fabric, which appear to have been more widened by the rising spate of insecurity, ethno religious chauvinism, hate speeches and clamors for secession, are amended. The next election is pivotal for Nigeria and her existency. Hence, what we need in 2023 is a unifier who will promote inclusiveness, address resentment and frustrations in different parts of the country.

While it has become obvious that politicians from the Southern part of the country in the ruling party, APC are clamoring for power shift to the south after President Buhari, who would have ruled for eight years by 2023, their counterparts of Northern extraction on the platform of the main opposition party, PDP may stop at nothing to ensure that the party ticket is given to the North, especially considering the fact that Former Presidents Olusegun Obasanjo and Goodluck Jonathan who had ruled the country for a cumulative period of fourteen years since our return to democracy in 1999, are both from the Southern region.

I believe it was for this reason mainly, that Goodluck Jonathan lost his reelection in 2015 because the North was determined to wrestle power from the South after their son, President Shehu Musa Yaradua’s tenure was short-lived in 2010 and they had expected that Goodluck Jonathan shouldn"t have put himself forward for the contest, having inherited a year and three months from Yaradua’s tenure. They wanted him to leave in 2015 after spending a single term of four years, in addition to the almost two years inherited from his late boss. Hence, it was easier for politicians from the North who were members of the PDP to align with their brothers from the then opposition party, APC, to trade their party for regional interest and this culminated to the emergence of President Buhari in 2015.

Politics is indeed, dynamic and this brings us to the harsh realities we are faced with, as we journey to 2023. Should the APC by internal party arrangement zone the presidential ticket to the South and the PDP zone theirs to the North as being speculated, then it will be a Northern versus Southern candidates and the decision of who emerges, will now be left at the hands of the Nigerian masses and some political power brokers, who appear to hold the larger end of the stick in Nigeria’s present political terrain.

This is where the person and possible candidacy of Former President Goodluck Ebele Jonathan comes to mind. Whether he is being courted like a would-be bride by some political power brokers or his possible defection, out of personal conviction to the APC, as a more appropriate platform to relaunch a comeback to the throne at Aso Rock are speculative or not, may be topics for future discussions, anyways.

The next election just like the last, may not primarily be about party but about regional and religious interests and the need to strike a balance in Nigeria’s power sharing formula. Until we accept our secularity and diversity as our collective strengths, by electing ‘Nigerian Presidents and not Presidents of Nigeria’ based on competence and credibility, irrespective of where one comes from, the harsh truth is that; regional, ethnic and religious indices will remain recurring factors in our nation’s polity.

There’s no gainsaying, the fact that Goodluck Jonathan having been in power before, understands the challenges facing our nation. He has bestridden the leadership paths of our nation like a colossus and thus, understands the bends and bad spots on the paths. He is mentally and physically sound and of course, has the interest of every Nigerian at heart, especially as epitomized by his legendary “my ambition is not worth the blood of any Nigerian” mantra. In the course of leading the country, he has made friends across the nation, thus questioning his acceptability across the regions, may be illogical.

As a president, his giant strides in the management of the economy, agricultural and educational revolution amongst others, stand him out among his contemporaries. He exuded shear patriotism by seamlessly handing power over to his contender in 2015. By this act, he saved the nation from an impending calamity and proved wrong the predictions of naysayers, who had posited that the 2015 general election would catalyze Nigeria’s disintegration. It is on this premise, that I believe Former Goodluck Ebele Azikiwe Jonathan, who is Buhari’s Special Envoy to the Economic Community of West African States (ECOWAS), is better positioned to become Nigeria’s next president come 2023.

In his gentleman nature, returning power back to the North in 2027 may not be an herculean task. The Northern power brokers may be more comfortable to trade politically with Jonathan since any other candidate who emerges from the South will be poised to spend eight years. Should Jonathan emerge come 2023, the South would have spent seventeen years and three months in Aso Rock by 2027 as against the ten years, seven months which would have been spent by their Northern counterpart, by 2023 at the expiration of President Muhammadu Buhari’s tenure. Hence, ceding power to the north by 2027 is sacrosant! This will enable them enjoy another tenure of eight years and bring the number of years spent on the throne by both regions at par by 2035, so the cycle can continue, for as long as Nigeria exists as a one united nation.

This may be the best approach to stabilizing our nation’s power sharing formula and bringing some succor to our already tensed polity. If the hand of fellowship being extended by the ruling party to the former president is genuine and should the leading opposition party, where he currently holds membership decides to zone its ticket to the North, then it will be in the overall interest of Nigerians for Jonathan to obey the clarion call to have him returned back to power in 2023.