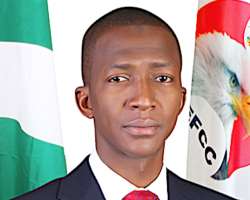 The Interim Management Committee of Association of Local Government of Nigeria, has frowned at the federal government approval of payment of monies amounting to $418 million to consultants and contractors for the roles they played in the Paris Club refund received by its administration.

The The National President ALGON-IMC Abdullahi Shaibu Maje in a statement released to journalists in Abuja, yesterday, stated that the IMC has filed a suit filed in the Federal High Court dated 1st September 2021 via motion of notice in suit no M/5474/2021 and also Writ of Summon in suit no CV/2185/2021, challenging FG, Attorney General of the Federation, the Minister of Justice, DMO, AGF, EFCC and the Chief Registrar of the High Court for their involvement in approving promissory notes of payments in the sum of US$142,028,941.95, US$ 1,219,440.45, US$ 215, 195.36, RIOK Nigeria Ltd, Prince Nwafor Orizu, Barr. Olaitan Bello, respectively.

Recall earlier report revealed that President Muhammadu Buhari had approved the payment of the controversial amounts in Paris Club refund-related judgment debts to consultants, without considering the calls for a forensic audit into the claims of the creditors and the Federal Ministry of Finance following such order had also directed the Debt Management Office (DMO) to commence issuance of promissory notes to the creditors, as approved by the order of the president.

However, in the fresh suit filed the ALGON-IMC, asking the court to grant an order to dissuade the Hon. Minister of Finance, the debt management office, the accountant general of the federation and the chief registrar of the high court from issuing, handing over or releasing any promissory note or banking instrument of transfer to the consultants and contractors.

The IMC questioning the basis for the approval of payments, demanded that the contractors should provide proofs of the allegedly executed projects, contracts in any of the 774 local government areas to back up their claims to such enormous amount of monies. It also alleged that the consultants having succeeded in fraudulently obtainment of court judgement in suit No FCT/HC/CV/2129/201, to divert common wealth belonging to the 774 local government areas for themselves their families and cronies alone.

It said: “The IMC cannot sit down and watch constant extortion being perpetrated in the name and with the name of the association, the situation at hand is very germane and requires immediate attention, hence the purpose for this address. The current approval by the president, others to issue promissory notes of payment to the six consultants without due diligence, is fraudulent and has a tarnishing impact on the association as those involved did not execute any of the alleged projects and does not deserve to receive the rights of payment.

“The President should not water down his fight against corruption by not following due process to seek documented evidences/proofs of the projects, contracts allegedly executed by these consultants. Also let us not us not rob peter to pay paul by standing with our hands folded watching these men of greedy stance deprive people in the grassroots level, monies that should be used to enhance and effect development and growth.

“We heavily frown at the stance of the president approving payments for underperforming self-made consultants, this action if honoured will cause irreparable damage to the third tier of government. It is on this premise that we dare those involved to provide proofs of the projects executed while laying claims to such amounts as mentioned in the order of which a promissory note was issued.

Meanwhile, one Hassan Lamu, a social crusader and activist has also added a voice, worrying why Attorney General has refused to do his job even as corruption is staring him in the face.

His statement on conflicts over who is the Actual Lawyer engaged by ALGON during the legal appearances, they call for investigation over the claims of TED EDWARDS & PARTNERS and JOE AGI and others

"Yet the Attorney General who should investigate this is recommending that TED Edwards be paid $159,000,000 (one Hundred and fifty Million USD) as fees from ALGON. Will this not amount to double payment whenever Mr. JOE AGI demands to be paid?

"From my investigations, Mr. JOE AGI, SAN, ALGON and Governors forum have all gone back to court to challenge the payment of the $418m to these person through promissory notes. Should the honourable Attorney General not take a second look at this suits and see if really there are any fraud as being widely alleged?

"In the case of UGO v. OBIEKWE (1989) LPELR said “ Fraud vitiates even the most solemn of all transactions. In fact fraud vitiates everything even judgments and orders of the court."

He called on Nigerians to rise to the occasion to protect their common wealth.

He said the masses are suffering while some gangs are busy appropriating the people's money for no work done.

"We commend President Muhammadu Buhari for stopping the payment, he however said that they cannot go to sleep until justice is served and those found culpable brought to book.