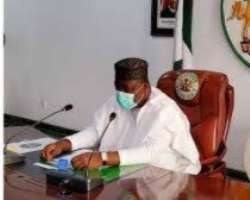 The Miyetti-Allah Cattle Breeders Association of Nigeria, MACBAN, has asked the Enugu State House of Assembly to give its members an extension of one month to enable them articulate a position for an impute into the bill for law to prohibit open grazing , regulate cattle ranching and for connected purposes.

Miyetti-Allah's sister group, Gan-Allah Fulani Development Association of Nigeria, GAFDAN, also made similar request, pleading that the state assembly delays its passage of the bill for 30 days to enable them take a position on how the bill will affect their businesses in the state. Both Northern-interest groups made their separate pleas during a one day public hearing by the House of Assembly joint committee on Agriculture, Youths and Security Matters and Judiciary, Public Petitions, Ethics and Privileges in the hallowed chambers of the House.

But the Deputy Speaker of the House of Assembly, Uche Ugwu told the groups that laws and constitution making were subject to amendments, stating that at any time the groups became ready with their positions, the house would receive their views and if necessary make amendment to the law if it had been passed by then.

Chairman of MACBAN in the South East, Gidado Siddiki said that he represented all the Cattle business interest groups in Enugu State at the public hearing and expressed appreciation to the House for their recognition as relevant parties in the bill on motion.

Siddiki however said that on receipt of the invitation for the session, a few days ago, representatives of his members met and tried to advance a position on the bill, but that with the technical demands of the large volume of documents that came with the invitation, it dawned on them that they would not be able to make a presentation that would be assumed to truly bear on their composite position on the subject under the pressure of five days.

“Mr. Speaker sir, the Honourable members and respected participants, in recognition of the time constraint above stated, I plead on behalf of Miyette-Allah Cattle Breeders Association of Nigeria and all the cattle business interest groups in Enugu State, that the Honourable House allows us more time to articulate a position for submission to the House. I plead for a period of one month to enable us come out with a position that will truly carry our disposition with due consideration to the good of Enugu State and Nigeria,” Siddiki pleaded.

In the same vein, Secretary of Gan-Allah Fulani Development Association of Nigeria, GAFDAN, James Alaha requested for 30 days to create awareness and enable members of the group to be properly briefed about the bill to enable them to consent to the bill. Leaders of the Northern community in Enugu State, Abubakar Sambo said that his community was in support of any effort aimed at enthroning peace in the state, noting that cattle rearing in the state has a lot interest groups which they all brought together under MACBAN to present a common position.

Some members of the northern community who spoke at the public hearing noted that some herders have lived in Enugu state for up to 50 years and should be considered as citizens of the state.

Chairman of the state House of assembly joint committee, Hon. Amaka Ugwueze retreated that the bill was not targeted to any particular ethnic group but for peaceful coexistence in Enugu State. She heighted some focus of the bill to include prevention of crop destruction, prevention of degradation of the environment, to control animal diseases as well as to control or stop accidents caused as a result of open grazing.

The bill had earlier this month passed through first and second readings before it was slated for public hearing and would henceforth go for final reading and possible passage before it is presented to Governor Ifeanyi Ugwuanyi for assent. (Vanguard)