Easier For Dictators To Gain Power Than To Vote Them Out 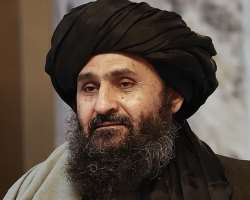 What has the world learned from the Taliban 2020 Agreement to gain Power in Afghanistan and the 1932 German Election that crowned Hitler? Both demonstrated the use of the most popular minority party, not majority, to gain control of the country by fragmented coalition. We are seeing more of it not only in European countries but in the United States where Independent voters decide their Presidents. They are a good part of the silent majority.

The biggest minority party elected Hitler and he was appointed as the Chancellor since his party was " successful also in the sense that they drew their support from everywhere. From Catholics and Protestants, from town and country, from rich and poor. Men and women as well. Young and old." https://www.dw.com/en/fact-or-fiction-adolf-hitler-won-an-election-in-1932/a-18680673

The return of the Taliban may not be surprising if we examine the affinity and relationship between democratic dictators and coup d'etat that replace any form of government. The power of the incumbent in autocracy, theocracy or plutocracy makes it easier to keep the office, even in the face of protests. No country can accommodate all Africans or send an Army to fight in all countries forever. We must stand up and fight back our oppressors at home.

World independent voters or silent majority watch the citizens mad rush to get out of Afghanistan, Central and South Americans to cross the US border. They wonder like Africans, where and who are going to accommodate all these folks with their cultural and conservative religious beliefs. Sharia laws of Sunni or Shiites remind us of the disagreement between the Catholics and Protestants that later spilled into Seven Days Adventist, Episcopal and Pentecostal etc. But none of these terrified women as much as Sharia in Africa.

Africans know how desperate migrants leaving their countries are. Brutal leaders driving their people out are not only corrupt, they are ruthless killers by starvation, use of drug dealers, Shower Posse, Janjaweeds, Tonton Macoute. They also encourage brain drain by foreign recruiters of talents in poor countries. Africans wish they could make as much money as their politicians. Nigerian politicians are the highest paid in the world, which they launder out.

Many dictators come to power by strong-will shared by an entrenched kitchen cabinet to convince a minority, the privileged, that the silent majority can be rescued from decadence facilitated by their opponents' governance. They usually adhere to emotional, volatile religious or political ideologies promising greatness. Well, Russia and China have nothing religious about them but they exploited socialism as the equal distribution of income and resources. Once in power, they become capitalists for a clique. Clique-capitalists by and for themselves.

No matter how good a government is, if they cannot get their messages out and convince the people of the benefit or success of their rule, a worse form of government could paint itself pretty selling autocracy. Some Africans only need the support of their ethic base. During the Obama years, a tax cut was given to the middle class that was reflected in weekly paychecks. But workers did not realize it because it could have been better felt if packaged into monthly checks with letters to all, in case some recipients were missed. Unknown benefit is no benefit.

The fascination between democratic elected leaders and leaders that seize power is the ease of enforcing their will without the check and balance of the House or the Court of law. It becomes more dangerous when other countries look up to these successful dictators as a model for their own democracies in developing countries. When a democratic President goes around the world for photo opportunities with dictators in the name of negotiating Peace while thumbing his nose at allies and rebuffing leaders of democracy.

General H. R. McMaster, was the former Cabinet National Security Adviser, surprisingly called the Taliban Peace Agreement in 2020 a surrender! Five thousand terrorist prisoners released by Taliban agreement. There was also a Peace Deal in the Middle East without the Palestine Representatives. Another Photo Opportunity with Kim Chung Un without South Korea. As far as some supporters of these moves are concerned, these are great achievements by the will of one man demanding praises from his cabinet.

The United States is one of the greatest democracies, yet the people elected a dictator that may return by force or be elected into power again by voters' suppression or intimidation. If anyone thinks it can never happen, they were the same ones caught unaware when a man that lost the majority votes became the President and had planned a comeback by coup d'etat if he lost. Politics has become a game for public relation officers and social media to twist facts into alternate facts and disinformation.

The Agreement with Taliban to get American soldiers out after two decades appealed to both liberal and conservatives. As it unraveled under a new President, we saw most of those that were left behind in Afghanistan were the aides and relatives that stood by Westerners. The slowing of SIV visas in 2020 were not different from the type of people left behind after World War in Europe, those banned from entering the United States from Asia.

Similar to those from the Caribbean and African countries that fought during the Wars for Allied Forces but could neither get their legal papers nor pensions in Britain until recently.

No matter when these injustices were corrected, millions of African and West Indian families had been denied a life. They could not enjoy the benefits of the War they survived.

Africans that were promised Freedom or Independence from European rules had to wait until Freedom Fighters like Herbert Macauley, Kwame Nkrumah, Jomo Kenyatta, Joshua Nkomo, Albert Lutoli and Boukman in Haiti risked their lives in their home countries. While West Africans gained Independence by negotiations, many Afro Americans, South and East Africans died fighting.

Gallant men and women resisted slavery at home and in Diaspora making it too dangerous even on the high seas. Denial of votes by Christians or Muslims through their courts, Sharia or Churches matters more to Africans at home and Diaspora than which religious body they belong to. The reason we are there is because they came here to uproot slaves for their successful economic takeoff while denying Africans the fruits of our labor.

Afghanistan is another lesson that at the end of the day, only locals can free themselves from representatives called leaders that must be forced to recognize the role of men and women standing equally shoulders to shoulders that move a country forward. Seriously, do we expect other countries to fight for women’s rights, children’s rights and equal pay while we do little to help ourselves?