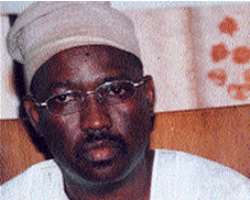 Oba
The National Executive Council (NEC) meeting of the Nigeria Union of Journalists (NUJ) held between last Thursday and Saturday in Akwa Ibom State, ended with the abduction of at least four delegates and armed robbery attack on several others.

The state Commissioner for Information, Mr Aniekan Umanah, who broke the sad news to other delegates still left in Uyo around 9.30am on Sunday, said the abduction occurred in Aba, Abia State.

Among the allegedly kidnapped journalists were the Chairman of the Lagos State Council, Alhaji Wahab Oba, the Secretary, Zone D, Adolphus Okonkwo, the driver of the NUJ vehicle in which they travelled and another unidentified delegate.

Secretary of the Ogun NUJ Council, Wole Shokunbi, who witnessed, but escaped along with some others, said the incident occurred at about 9.00 a.m. at Umuafoku, near Ukpakiri in Obingwa Local Government Area of Abia State.

Another delegate, Yemi Akintunde of the Nigerian Television Authority (NTA), who escaped into the bush, told Daily Sun that the kinappers had already called the National Secretariat of the union in Abuja demanding N250 million ransom. His words: 'It was a terrible experience. We (delegates) from Ogun escaped by the whiskers as we ran into the bush after the kidnappers opened fire on the rear tyre of the vehicle we were travelling.

'The heavy presence of police could not provide any security in the situation. Each time I read about kidnappings I used to wonder how it happens, but after I was a victim, I think the Federal Government must view the issue with all seriousness. Besides the abducted journalists, several other NUJ members, especially those from Delta State were attacked by armed robbers and their vehicles damaged on their way home from the NEC meeting.

Umanah, who broke news of the abduction had told NEC members that he had contacted the state Commissioner of Police as well as Inspector-General of Police to facilitate the release of the kidnapped NUJ officials. Ironically, the meeting had condemned the high level of insecurity in the country and had called on the Federal Government and the security agencies to double their efforts to curb the abduction and armed robberies.

A communiquÃ© issued at the meeting and signed by the National Secretary of the NUJ, Mr. Shu'aibu Usman Leman, said: 'The issue of insecurity in some parts of the country, particularly in the South-East geo-political zone also attracted the attention of the NEC, which called on all the security agencies to be alive to their constitutional responsibilities.

'In view of the risky job of journalists and the rampant killing of journalists in Nigeria, NEC in session approved the national insurance scheme for journalists across the nation and appealed to media owners to help realize this noble scheme of NUJ.' Chairman of the host council, Mr Ephraim Etti, said the kidnap of the journalists was 'very unfortunate. It goes to buttress NEC point of view that insecurity, especially in the South-East is a security problem in this country.

'We believe the security agencies would do everything possible to secure the unconditional release of our members and bring the culprits to book.' 'The union also noted the deplorable condition of federal roads across the country and appealed to the appropriate authorities to act quickly to avoid increasing road accidents.' While congratulating Prof. Attahiru Jega and his team in the Independent National Electoral Commission (INEC) on their appointments, the union challenged the new INEC team to ensure credible, free and fair elections in 2011.

'NEC-in-session commended the Governor of Akwa Ibom State, Chief Godswill Obot Akpabio for the verifiable projects and dividends of democracy he has given to the people of the state. It also commended him for making the NEC in Uyo very comfortable for members.

It commended the National Secretariat of NUJ, particularly the National President, Alhaji Mohammed Garba for working assiduously to secure a permanent landed property for the secretariat and the IIJ. It also thanked the Minister of FCT for his assistance in achieving this. 'The NEC-in-session also noted the election of the NUJ National President, Alhaji Mohammed Garba as president of West African Journalists Association (WAJA) and congratulated him for doing Nigeria proud.'