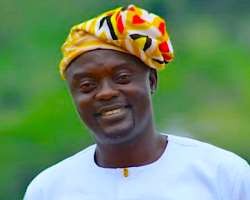 Abuja, July 23, 2021 – Ghanaian authorities should ensure the safety of journalist Erastus Asare Donkor and hold politician Kennedy Ohene Agyapong to account for instigating attacks against him, the Committee to Protect Journalists said today.

In an appearance on the Net 2 TV broadcaster on July 9, Agyapong, a member of Ghana’s parliament with the ruling New Patriotic Party, accused Donkor, a reporter with Joy FM, of reporting falsehoods and said he “should be beaten seriously.”

Agyapong also said in that broadcast that, if he was president, “I would get people to beat him up.” Agyapong’s family owns Net 2 TV, according to the Media Foundation for West Africa.

Donkor told CPJ by phone that he went into hiding after Agyapong’s comments because he feared he would be attacked. In 2019, Ahmed Hessein-Suale Divela, a Ghanaian investigative reporter, was shot and killed by unidentified attackers in Accra, the capital, after Agyapong similarly called for him to be beaten for his work.

CPJ repeatedly called Agyapong at several different phone numbers for comment and contacted him via messaging app and social media, but did not receive any replies.

“Ghanaian authorities should swiftly and strongly condemn Kennedy Agyapong for threatening journalist Erastus Asare Donkor, and hold him accountable for those threats,” said Angela Quintal, CPJ’s Africa program coordinator, in New York. “Agyapong’s calls for violence against journalists, including Ahmed Hussein-Suale Divela just months before his slaying, send the chilling and alarming message that attacks on the press in Ghana are acceptable.”

In his July 9 broadcast, Agyapong referred to Donkor’s live reporting on June 29 about military officers’ alleged shooting of protesters at Ejura, a district in the southern Ashanti region, resulting in at least two deaths, according to Donkor and a police complaint about Agyapong’s comments filed by Joy FM’s parent company, Multimedia Group, which CPJ reviewed.

When CPJ called police spokesperson Sheila Kessie Abaiye-Buckman and to inquire about the status of that complaint, she said the complaint was not filed with her office in the capital. CPJ called and emailed Godwin Ahianyo, a police spokesperson in Kumasi, where Donkor filmed that June 29 reporting, but did not receive any replies.

Following Donkor’s reporting, authorities instituted a panel to investigate the violence and invited the journalist to testify, according to the journalist and a YouTube video of the panel’s hearing.

At that panel, officials asked Donkor why his coverage featured the #fixthecountry hashtag, which was used by the protesters; he responded that he could not control what was added by editors to footage shared from the field.

Agyapong made his threats while speaking about that dispute, saying, “That journalist and the stupid answers he gave. It’s so annoying. We should beat the hell out of him,” adding, “Look at the false report from Joy FM.”