Is It Too Late To Restructure Nigeria? 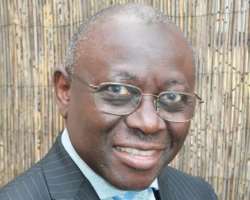 “Hope deferred makes the heart sick,” so says the Holy Book in Proverbs chapter 13 verse 12. When a heart is sick, it means ones patience, endurance, fortitude, and tolerance have been exhausted.

In view of the myriad of challenges bedeviling Nigeria at the moment, it is certain that Nigerians are suffering from the deferment of hope and all efforts to fix the nation have been exhausted.

The Nigerian people are sick and tired of a failed Nigerian State where nothing works. Nigeria has a constitution that symbolizes a promise to guarantee equality, fairness, life, liberty, and the pursuit of happiness. Unfortunately, Nigeria has not lived up to the tenet of this sacred declaration.

Consequently, the constitution is nothing but a fraud designed to empower certain groups at the expense of the other Nigerian groups and entities. The promise enshrined in the constitution has not been realized. Instead the government is attempting to suppress and oppress those who are demanding change not only for themselves but for a better nation. The 1999 constitution must be abolished and be replaced by the original constitution that affirmed federalism and regional autonomy.

Nigeria is a failed state operating a unitary system and claiming to be the Federal Republic of Nigeria at the same time. What an irony? The time has come to stop the deceit, restructure or break up the country into regions or nations.

My hypothesis is that it is too late for restructuring. I hope I am wrong in my assumption because at the moment, Nigeria can no longer guarantee life, liberty, or the pursuit of happiness. Citizens are being killed, raped, kidnapped, and robbed on a daily basis.

The government has lost control and inept. The international communities refer to Nigeria as a failed state waiting to collapse and disintegrate sooner than later.

There are agitations from the Southeast, Southwest, South-south, and Northcentral which have fallen to deaf ears for so long. Instead of the government responding to the voices of the people, they have used brutal force to suppress the will and agitations of the people.

Understandably, the people are prepared to resist the brutal force by peaceful means, non-cooperation, and civil disobedience.

Regrettably, the government is determined to use force, intimidation, and state-sponsored attacks to subdue any lawful protests and demand for systemic change.

Nigeria is at a crossroads whereby the people are willing and ready to peacefully resist the brutal attack by the government and at the same time defend themselves if attacked.

The problem with Nigeria is rooted in tribalism, corruption, nepotism, radical sharia Islamization agenda, and a lopsided fraudulent constitution. The promise of equity and safety has not reached all Nigerians, only a segment enjoys the safety while the majority are not safe and are marginalized by a small group who hijacked the apparatus of the government control and all security institutions. There is no justice, the police are corrupt, and the command structure is controlled by one ethnic group loyal to the President of Nigeria.

The people are sick, tired, and fed up and may result in violence as the only option, God forbid. Yet, the oppressed Nigerian people are committed to peaceful demonstrations and protests but the government continues to use brutal force as in the case of #ENDSARS and many other instances with no accountability or consequences. There are many cases of state-sponsored killings, arbitrary arrests, and many atrocities that go unabated all across the nation.

The assault on Sunday Adeyemo’s house is reckless, dangerous and a declaration of war against the Yoruba tribe and nationhood. Likewise, the abduction and arrest of Nnamdi Kalu, if not handled carefully may be the beginning of the total disintegration of Nigeria. It is time for dialogue and diplomacy and international condemnation of the Nigerian government.

Civil disobedience, protests, and many peaceful expressions of the right to protest must continue until positive change, civility and restructuring can be achieved. Furthermore, perhaps the hope of the people lies in the hands of the impartial judicial system and the legislative branch of the government. We must not discount their influence. We believe that in good conscience, fairness, and pursuit of the truth, they will rise to the occasion by listening to the voice and understanding the mind of the people and hopefully prevent Nigeria from disintegration.

The culture of Fulani domination is no longer acceptable, the institutions must rid themselves of the Fulani marginalization, nepotism, corruption, violation of human rights, abuse of power, inept officers of the law, arbitrary detention, state-sponsored killings, kidnapping, rapes, and other vices.

Nigeria needs economic growth and development through investment in agriculture, technical education, and entrepreneurship. These activities cannot take place in the environment of insecurities caused by the Boko Haram insurgency, banditry and kidnapping spearheaded and dominated by the Northern Fulani ethnic group. These criminals have been aided and allowed mostly freehand to run rampage across the whole country ever since the government of Buhari came into power. Sunday Adeyemo and others clearly understood the awesome challenges to protect their people at the expense of their own safety.

The agreement is the basis of power. The constitution is an agreement and it sets the foundation for the Nigerian state however, there was no agreement by the people for the 1999 constitution which was forced upon Nigeria by those whose intentions are to hijack the nation for their self-interest.

Nigeria is in denial. It is time to address the structural problem and change the constitution. We can no longer pretend that all is well when the nation is on fire. The nation must be restructured with regional autonomy or go its separate ways, peacefully.

Are we ready to change the system, commit to the truth and build a new nation?

The bible says perfect love casts out fears. We must approach our problem with love because God is love.