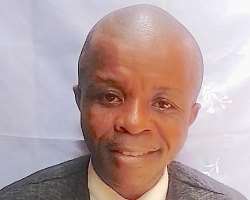 If the recent report by the Vanguard Newspaper dated May 30, 2021, which among other remarks stated that the Federal Government may re introduce the water Resources Bill, previously rejected on Tuesday, September 29, 2020, by a majority in the Green Chamber, is anything to go by, then, it means that the President Muhammadu Buhari led administration has finally become reputed for generating controversies than goodwill.

Entitled; Exclusive: Presidency may re-introduce controversial Water Bill in June, the Newspaper report noted that a senior staff of the Business and Rules Committee of the House revealed that; the Bill was gazetted in October by the House, preparatory for its second presentation for reconsideration.

Essentially, aside from the awareness that ‘we cannot solve our socio-economic challenges with the same thinking we used when we created it’, there are of course, troubling concerns that characterizes this development as a reality to worry about by all Nigerians.

Fresh is the consciousness thatSection 13, of “The Water Resources Bill 2020”, among other provisions states as follows: “In implementing the principles under subsection (2) of this section, the institutions established under this Act shall promote integrated water resources management and the coordinated management of land and water resources, surface water and ground water resources, river basins and adjacent marine and coastal environment and upstream and downstream interests.” Section 2(1) of the Bill, says: “All surface water and ground water wherever it occurs, is a resource common to all people.”

Going by this particular provision, this piece has nothing new to add but to remind the Federal Government more especially the lawmakers about the previously well established arguments, logics and reasons that more than anything portrays the piece of legislation as a body without a soul.

First, the Bill seeks to empower the Federal Government to control all sources of water in Nigeria. The Federal Government can permit anybody or group from any part of the country to go and possess any water resource without the consent of the local communities. If this line of argument is correct. It is equally easy to situate without labor that the greatest ill associated with it(the Bill) lies in its tendency to disenfranchising, and separating Nigerians from ancestral ownership of their water rights and handover same to a set of federal technocrats by confusing Nigerians with the fallacy that ‘’ownership rights to water’ is the same as water use rights.’’

Also working against the bill is the accompanying belief by Nigerians with critical interest is that the urge to have the bill passed is driven not by love for having the nation’s water resources judiciously managed or for the nation to develop agriculturally as claimed by the lawmakers, but by sectional and parochial interests such that some pro bill senators are using barefaced inaccuracies to mislead the Senate and drum up support for the bill.

For example, it was at a time claimed on the floor of the Senate that the World Bank is waiting on passage of the bill into law to “grant” trillions of naira to develop Nigeria’s irrigation infrastructure. This cannot be further from the truth. The World Bank would never and cannot ask a nation to dispossess her citizens of their inherited and cultural rights to water as a condition for granting loans. Another obstacle that confirms the bill as plagued however seems not to raise so much dust but could be costly in economic and political terms if ignored, is the asymmetrical support structure given to the bill. It is barefaced that virtually all the senators that queued behind the bill were from water-poor states and regions that stand to gain from the passage of the bill when passed.

Interpretatively, this lopsided support given to the bill looking at commentaries was fuelled not by the burning desire for the public good but for sectional gain. Glaringly as it stands, this trend no doubt has become a pernicious problem embedded in our administrative culture that will be too difficult to eradicate. And has also necessitated the question as to how the nation can redistribute lands from land rich states to land-poor states since the bill if passed as it is without amendment could conceivably make inter basin transfers of water to be undertaken by the Federal Government without consent from or even consultation from indigenous communities…exactly like crude oil and associated problems of mean, wicked and evil inequities.

If allowed, it will again confirm as true the fears by Nigerians with discerning minds that the Federal Government may be more interested in acquiring more power as against devolution of power currently demanded by Nigerians or may be paying lip service to the imperativeness and urgency of having this country restructured. Accordingly, the whole argument by the FG becomes even vaguer variable and ungraspable when one remembers that some of these items will be better handled and serves the greater good to the greater number of the people if left in the hands of the state, the local government or private owners.

From what Nigerians are saying, what has caused serious concern is that the bill viewed from a wider spectrum stands as a telling proof of the present administration’s insensitivity to the people of the Niger Delta and other water advantaged areas. This fears expressed by the coastal dwellers cannot be described as unfounded as it was a similar Decree 101 of 1992 which is now incongruously dressed up as an act of the National Assembly (Water Resource Act Cap W2 LFN 2OO4) that robbed every Nigerian of their water rights as it was hurriedly signed into law by the then military Ibrahim Babangida as his parting gift to Nigerians.

Lamentably, this and other sordid laws from the Federal Government in the past has particularly left the Niger Delta/coastal regions in social difficulties with no good record for survival as their environment is daily devastated/destroyed, with their teaming youths unemployed while the communities are periodically dispersed by the flood. To put it differently, environmental experts and development practitioners are particularly not happy that the Federal Government proposed such a bill in the face of an endless list of actions not taken to better the lots of the Niger Deltans and other coastal dwellers.

Allowing this bill, will not just usher in an unjust law but set the table to ushering in another round of hostility as the people are committed to peace by any means necessary but may not be committed to becoming the victims of peace. To succeed in this assignment will entail halting such plan on the National Water Resources bill.

At a broader perspective, the Government must desist from the current non-participatory approach to development in the Niger Delta and other coastal areas and embrace a broad-based consultative approach that will give the people of the region some sense of ownership over their own issues. Above all, this is an auspicious time for the federal government to come up with steps that will aggressively address the issues of youth unemployment in the region, weak regulation on the parts of its ministries and agencies, tackle the oil companies lackadaisical handling of the environment, and ensure compliance with the implementation of the Global Memorandum of Understanding (GMOU) so entered with host communities.