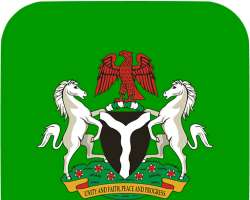 Under any democratically elected government, the legislative arm is a hitherto sine qua non in the development of the state. This is ultimately due to the fact that it has the sole purpose of making laws which are quintessential to national development and political stability.

The above scenario isn't far from what obtains in Nigeria as the legislature composed of the national assembly at the federal level and the house of assembly at the state level is made up of different individuals who are elected to represent the interest of the electorate within their constituencies. This on its own breeds accountability.

By legal credence, the Nigerian legislature is that arm whose responsibility cannot be relegated under the background. It has no substitute neither can it be equalled or equated with other arms of government.

As a way to further affirm its powers, the Nigerian legislature also has the sole aim of making reviews and amending grey sections of the constitution which is to serve as the guiding principle in conducting both political, individual and social affairs. This may be the reason why it had called a public hearing on the necessity of amending the 1999 constitution which seems to be the latest constitution utilised by the Nigerian polity.

While this may be termed a laudable initiative when several Issues are put to the fore. Nonetheless, there seems to be a myriad of gyrations, controversies and a plethora of issues which serve as the Platform to fault the current efforts to review and amend the constitution.

From the instance of conducting public hearings at various geopolitical levels to the national public hearing, the roughshod approaches utilised by the Nigerian legislature are unthinkable and justifies the fact that the constitution didn't harp on current realities but where rather an attempt to make the process of democratic governance an exclusive reserve for the rich. This not minding the interests of the masses.

Little wonder many of the public hearings ended in chaos. A classical example was the one held in Lagos where a sitting senator could refer to a member of the electorate as a thug. This not minding the consequences.

Sadly, the public hearings which were an attempt to bring governance a step closer to the grassroots couldn't achieve its intended purpose. The various approaches to public hearing of which time was a critical factor was nipped in the bud. Consequently, the submission of memorandum and letters of requests which could have culminated into the national public hearing was done hastily.

Without mincing words, amending a constitutional from the high point of reality, is meant to be an avenue of ensuring that citizens get what they deserve with respect to democratic dividends and to prevent the infringement of human rights.

However, with the recent crucibles and challenges the Nigerian nation is subjected to, one is forced to doubt the credence of the above statement especially when the motives of many a Nigerian legislature is reviewed succinctly. This may be the reason many of the public hearings and debates ended in deadlock.

Of what use then is the essence of amending constitution when the end results favours the elite?

What more can be said about the financial implications of the constitutional amendment which drains the national treasure? This not minding the current status quo where many are subjected to excruciating pain occasioned by hunger and the high cost of living and other social Ills ravaging the entire polity.

The issues bordering around equity, self sustainability, moral credence among other things which could have been the guiding force when a constitutional review is to be conducted seem to be an age long practise. This may be one the rationale for the speaker of the house of representatives, Femi Gbajabiamila to herald the sacred truth of how the constitution has fallen short of what obtains in other countries.

However, I ld rather say the speaker spoke the half truth as it is typical of many Nigerian leaders who are after their pockets and who utilize sinister means to ensure they are elected into power not minding the end results.

The earlier the Nigerian legislature understands that reviewing a constitution isn't a jamboree affair, the better for the Nigerian polity. In essence, a constitution must harmonise all entities and divergent opinions, this to ensure national development. Until this is achieved, our incessant demands to amend the constitution will continue to be an unprofitable agenda or venture.