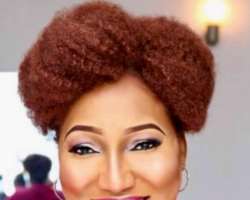 Nothing lasts forever; as the seasons turn, so does human life wither to age and disease, everything vanishes like morning dew. This grim reality currently benumbs the heart of Amaju Melvin Pinnick, the NFF President.

Yes, his sister, former top banker, Arinola Adeniyi, the brain behind Venivici, a highbrow Spa in Lagos, is dead. She passed on at First Cardiology Consultants, Lagos, this morning.

Until her death, she remained an inspirational figure to generations of African women and girls and this is attributable to her sterling character and exploits across various fields in her lifetime. Alive, Arinola was an enchanteur; from childhood, she radiated such infectious mirth and loveliness that members of her nuclear and extended family, friends and other loved ones. Her brother, Amaju, is the worst hit. They were very close. Arin’s mother and Amaju’s father were siblings.

In one sense, though, Arin is not gone. She would be fondly remembered as a daughter, wife, mother, sister and friend who radiated great bliss, laughter and splendor wherever she graced with her unforgettable presence. Indeed, the true measure of a person is not how long he or she lives, but what was achieved while on earth. Arinola was endowed with the noblest persona epitomizing kindness, selflessness, genuine humaneness and an extraordinary ability to put a smile on people’s faces, even at the most improbable time.

In 1999, when Venivici commenced operations, the spa business was a novel thing in the country. But nothing could stop Adeniyi from actualising her dream then. She did and since then, Arin has not looked back.

Adeniyi’s childhood dream was to become a banker, which she grew up to become anyway. Indeed, Adeniyi rose to the post of Deputy General Manager in the banking industry before leaving to set up Venivici. She is even an associate of the Chartered Institute of Banker. But as it turns out, the world of beauty and skincare offered greater promise and attraction for her.