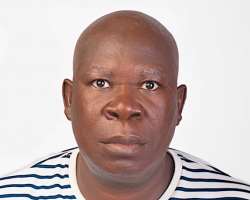 Does Ebonyi State Government realize that it is retarding the return of peace in Effium Community through its executive drowsiness and comic fiats?

Since the break out of the holocaust that has allegedly consumed about 400 lives and properties which Naira value is put at 10-digits befell Effium Community on 22nd January, 2021, people had expected Ebonyi State Government to tackle the problem with the executive diligence, tact and energy with which it handles concrete road projects.. However, all that Ebonyi people got from the state government at the beginning were a lot of preachments bereft of matching actions and uncountable press statements which import contradicted the monstrous reality on Effium ground! This anomaly on the side of the Government fuelled a lot of negative speculations against the Government. This has brought Ebonyi State Government on head-on-collision with some emotionally vocal citizens who were either directly affected by Effium debacle or who empathized with Effium people. Many others expressed their indignation over alleged state government's perfidious handling of the matter in muffled voices and probing gazes. Many State government officials confidentially expressed their quandary over the intention of the state government for Effium Community. As a matter of fact, the denouement of Effium war began with the intervention of the Federal Government on April 3; and the subsequent perforation of the veil of media blacklist placed on the pogrom which thrived in Effium Community. So far, about 18 security flashpoints have been identified in Effium Community. There are altogether more than two hundred Nigeria Police and Nigerian Army personnel deployed to Effium Community for the purpose of peace. Against all persuasions and recommendations for security personnel to be posted on sentry duties to specifically man those flashpoints and inspire the confidence of the surviving populace of Effium Community to return to their abandoned homes, nothing meaningful has been done in that direction. More than 12 of those flashpoints like Ibenda, Umueze, Agugwu, Ugoeze, Eguenyi cetera are still unmanned and so are inhabited by ghosts, rodents and animals.

In a development which appeared to be intended for the diversion of attention from that realistic and germane recommendation, Ebonyi State Government announced its preference for establishment of refugee camps for Effium people within their community! The bedlam which trailed the news of that incongruent policy of the state government was unparalleled; and it really shrank the goodwill of the government.

A few days back, the same government which could not facilitate the posting of security personnel to majority of the identified major flashpoints announced its intention to establish joint vigilante of the two extractions (Ezza Ezekuna and Korri) of the indigenous people of Effium Community! This is as incredible as it is laughable because it is difficult to see a youth of Effium Community who possesses the basic quality of NEUTRALITY necessary for him or her to function in the sensitive duty line of a "vigilante" operative. This is true because the youths of the two extractions of the indigenous people of Effium Community were the basic combatants in the war; and they are still nursing their respective losses in human lives and property, as well as the general psychological trauma of the war. Involving these bitter and exuberant people at that sensitive level of Effium Peace Process is both antithetical and unwise because it will certainly put the peace process in reverse gear.

The world is hereby invited to note the following grave implications of Ebonyi State Government's executive drowsiness and comic fiats or policy summersaults as regards Effium Community peace project for humanity. Through these drowsy and comic actions,, the peace process has been and is still being delayed. These may stretch beyond the farming season and make the surviving populace of Effium Community who are basically agrarian and whose homes, barns, farms, livestocks and businesses have been destroyed, burnt and plundered to miss this current farming season. The implication of this is that this surviving populace of Effium Community which includes women, children, the physically-challenged, the aged and other vulnerable groups whom God spared from bullets will die by hunger, starvation, diseases and despair! The world, including the present Ebonyi State Government, is fully aware that hunger is a lethal weapon of war.

It is both instructive and necessary to mention here that since the outbreak of the holocaust in Effium Community on 22nd January, 2021, Ebonyi State Government only announced its approval of funds for the purchase of food items and other relief materials for the dying masses of Effium Community three days ago!

May I conclude this piece by appealing to Ebonyi State Government to break out of this garb of executive drowsiness and policy summersaults as regards the process of returning peace to Effium Community; and facilitate the proper utilization of the many official security personnel involved in the peace initiative for Effium Community by ensuring their deployment to all [not some] of the unanimously identified security flashpoints. Only this will inspire the necessary confidence in the populace and make them return and resettle in their respective homes. With this done, the war-ravaged people of Effium Community can gather at their village squares to pick the relief materials if they eventually arrive and get back home to till their soil and pick their pieces together. This is no doubt cheaper, understandable, less cumbersome, more direct; and a realistic approach to peace.

Ebonyi people are looking forward to seeing the result of the several matching orders issued to Ebonyi State Police Command; and the report of the panel set up as regards the unlawful escape or release of 55 suspects arrested by the military at Okpoduma village in Effium and handed over to Ebonyi CP, Mr. Aliyu Garba on Saturday, 3rd April, 2021.

May the all-conquering Jesus Christ, our Lord and saviour, quicken the return of peace to Effium Community. Amen!