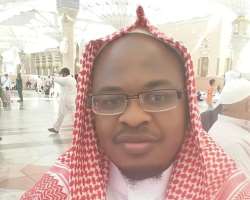 These times may not be the best of times of the federal republic of Nigeria as the west African nation finds itself tattering on the brink of bloody ethnic revolution under the leadership of the embattled President Muhammadu Buhari’s All Progressive Congress [APC]. This is as new information available to 247ureports.com reveals the federal minister for communication and digital economy, Hon. Isa Pantami may have been more involved in more suspicious and near criminal activities than previous known by the authorities of the federal republic of Nigeria.

Already, the headlines are awash with new revelations of Pantami’s involvement in questionable activities bordering on Islamic fanaticism and/or terrorism. Some news publications have published that Pantami was involved in the plot to assassinate a seating Governor of a northern state in Nigeria. Document shows how Pantami plotted assassination of former Kaduna Governor Patrick Yakowa . The above publication further compounds the already weighty allegations against the federal minister who had acknowledged his fanatic ways and had offered an apologies for his old ways. The federal minister made claims that he has changed his ways.

However new information now reveals the federal minister was a member of the notorious terrorist group by the name Al Shabab.

Upon Pantami’s return to Nigeria from the Middle East where he schooled and formulated his religious foundations, he settled in Bauchi State where a group of like-minded fanatics formed a group – and linked it to the terror group in Eastern Africa. The group was called Al Shabab. They recruited heavily and preached a more violent based gospel. The group operated in Bauchi State between 2009 and 2011. It drew its members from the elite in Bauchi State. A senior special advisor [SSA] to the Governor of Bauchi State [Isa Yuguda] was recruited into the terror group. His name is Dr. Chido. Also, Hon. Yakubu Shehu was recruited to the group. He is currently in the House of Representative representing Bauchi Local Government Area [LGA] under the PRP party. Many of the members of the group were given positions in the Isa Yuguda's administration.

To placate the group, it was gathered that the Yuguda administration was arm-twisted into paying a monthly N6,000,000 to the group as ‘bribe’ money to not focus their preaching in the direction of the State Government. Our source noted that the group had a propensity to destabilize a State with mere preaching – and the Governor was fully aware. “Azazi informed Jonathan of this” noted the source who explained that the security agencies knew of the activities of the group and their capacity to unleash violence. The National Security Advisor, the late Azazi [NSA] to the then President of the federation, Dr Jonathan had briefed the President of the activities of the group and how the group had been receiving monies from the many northern States in the federation. The then President was unable to act fearing that many members of the group were already members of the presidential villa.

The then NSA explained to President Jonathan the dangers associated with the Al Shabab group which was affiliated with the terror group in East Africa. He briefed Jonathan that the group was similar to the group called the Nigerian Taliban that was formed in Yobe. The leader and founder was later killed in Maiduguri, Borno State. Of which a certain Yusuf took over the mantle of leadership – and the group morphed to become the present day, Boko Haram. A full blown terror group.

Just as the name of the group, Nigerian Taliban was changed to Boko Haram, the name of Bauchi based Al Shabab was changed also to another name – under which the federal minister still operates till date.

At the Al-Nur Mosque located in Wuse 2 in Abuja – the federal capital territory [FCT], the federal minster continues to preach his version of a move violent Islam on a daily basis between 5pm and 7pm. He had been preaching at the mosque before becoming a federal minister. According to available information, it was at one of the days when he was preaching that the wife of the late Abba Kyari walked into the mosque and seat to watch him preach. After having watched and taken-in the preaching, the wife of Abba Kyari recommended to his husband for Pantami to be included in the new government. And that was how he joined the Buhari cabinet. His name was then included in the ministerial list and screened by the State Security Services and cleared.