Pantami, Magu, Diezani, Badeh: All Sense Of Right Is Lost Under Buhari 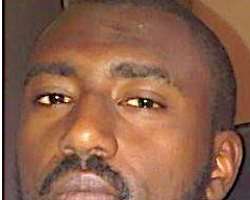 At the very least,the Jonathan administration pretended to care.Where it didn't want to replace an official under fire,it staged a probe that either withered away or ended in the exoneration of the accused.No matter their short-comings, they at least respected nigerians enough to want to be seen doing right. In search of what they truly deserved, nigerians ditched that administration for one that is a hundred times worse. One that doesn't even bother to put up a show and pretend to be righteous. With this administration, transparency and accountability have been thrown to the dogs. I will highlight 4 cases.

WAS PANTAMI VETTED BY THE DSS?
As soon as Mallam Isa Pantami, the Minister of Communications threatened media outlets that published that he was placed on a US Watchlist for supporting terrorism, they set to work and provided ample proof that Pantami was a firm believer in what the Taliban and Al Qaeda stood for. The one question on everyone's lips was 'Why didn't the DSS conduct a thorough background check on him?'. The Presidency in what has now become a trend has not bothered to explain to Nigerians how such a person ended up being a Minister of the Federal Republic. Nothing makes this a more unpleasant look than that just like Buhari before he became President, Pantami was comparing boko haram; a killer sect that slaughters just about everyone including faithfuls of the religion it claims to be fighting for, with Niger Delta militants. Buhari has released over 2000 boko haram prisoners with none being prosecuted in our courts. If it has come to public knowledge that his communications minister had a well proven track record of extremism to which his only defence is 'i was a teenager and unenlightened', moreso when it is blatantly clear that when infact he did utter those and several other disgusting words, he was almost 30 years old, then no one can be faulted for concluding Buhari likes him because he is an amplification of everything he stands for. Buhari has refused to sack him and has provided no explanation to this country as to how such a man scaled through DSS screening.

DIEZANI IS STILL LIVING FREE IN THE UK

I have been very vocal about the likelihood of Diezani Allison Madueke having struck a deal with Buhari to stay free right from the onset. When the lady started demanding to return home from the UK to face trial and this government not only disagreed but said she was trying to evade an impending trial in the UK, you knew something was happening.

Why would this government publicly indict itself of incompetence or corruption by saying it didn't trust its system to oversee a transparent criminal prosecution just to justify not extraditing her?. If you want to know how high the Diezani conspiracy goes, the UK government fixed a date to take her to court and forgot. It hasn't remembered till date. Whoever 'intervened' had to have been from the highest levels of power.

Magu said there were ongoing plans to extradite her in 2017, repeated the same thing a year later in 2018 and then embarked on a raid of her house in 2019 and recovered jewelleries. I warned in an article shortly after the raid that the items could have been planted by the lady herself in conjuction with the authorities to provide them something to show nigerians. The government hasn't bothered citing a diplomatic passport she got from an Island some where because it really doesn't exempt her from standing trial here. What deal was struck with the woman?. Why is this administration shielding her?.

WHO IS SCARED OF PROSECUTING MAGU?
The case of Former EFCC Chairman,Ibrahim Magu is similar to that of Isa Pantami to the extent that both should never have been handed public offices to hold based on their antecedents but quite unlike Pantami, the DSS indictment of Magu was something Buhari was very much aware of but still chose to make him the face of the fight against corruption in Nigeria. Magu had been indicted by the Police Service Commission in 2010 for tampering with EFCC files and had been moving around with highly suspicious characters that rented him a N20M per annum residence in Abuja.

This much was disclosed by a DSS then headed by Buhari's kinsman, Lawal Daura but perhaps because he was best suited for what Buhari had in mind, he insisted on having him despite the refusal of the Bukola Saraki-led Senate to confirm him. Magu was accused of corruption in EFCC and made to face a panel headed by Justice Ayo Salami (Rtd) which indicted him last year and recommended that he be prosecuted. This was a particularly interesting case because Attorney General Abubakar Malami had been fingered as the man behind his travails and damning evidence of Malami's dubious dealings surfaced in the press afterwards. Magu had proven he could fight back. Would he go for Buhari himself if he allows him to be prosecuted?. Buhari clearly doesn't want to take that chance. No prosecution till date.

Alex Badeh was President Jonathan's Chief of Defense staff. He was murdered in cold blood in highly suspicious circumstances. The police postponed the parade of 5 persons that had been apprehended for the crime but on the same day, a video confession of one of them surfaced. A while later another suspect confessed in full public glare before press men with leader of the Inspector General of Police Intelligence Response Team, Abba Kyari and his colleagues standing behind him. It is 2 years and 4 months now since Badeh was killed and suspects arrested in connection to his murder; suspects that actually confessed to killing him. Not a few have pointed accusing fingers at this government and each passing hour lends credence to what they say. Why doesn't this administration want to prosecute Alex Badeh's self-confessed killers?. Did it have Badeh killed?.

This government doesn't care what nigerians think or say.It doesn't believe it owes them anything.