Why Northern PDP governors worked against Jonathan in 2015: Babangida Aliyu 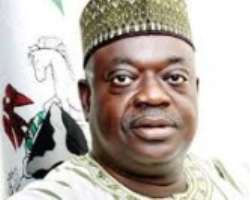 A former governor of Niger State, Babangida Aliyu, has revealed why northern governors of the Peoples Democratic Party worked against the re-election of former President Goodluck Jonathan in 2015.

It has been the suscipion among Jonathan supporters that his defeat to President Muhammadu Buhari in 2015 election was organised conspiracy by Northern politicians across party lines to oust Jonathan for daring to go for a second term without their approval.

Aliyu in a statement signed by himself on Friday said they worked against Jonathan's re-election because he reneged on an agreement not to seek a second term.

He was reacting to his purported suspension by the PDP in Chachanga Local Government Area of Niger State for alleged anti-party activities, including working against Jonathan in 2015.

Jonathan lost to the President, Major General Muhammadu Buhari (retd.), the candidate of the All Progressives Congress.

He said, “All the governors in the North under the PDP supported the then Vice-President Goodluck Jonathan to complete the remaining years of Yar'Adua's tenure and to contest the next presidential election as a sole candidate of our great party.

“However, midway, President Goodluck Jonathan insisted to run for the office in 2015 against the grain of our earlier agreement.

“Since this was against the grain of our earlier agreement in the party, and which we, the governors in the North felt the North would have been short-changed if Jonathan had succeeded, we rose stoutly to insist on the agreement we all had.

“On that premise, we opposed Jonathan. But all along, Goodluck Jonathan had enjoyed every support from the governors in the north and the entire region.”

Aliyu, who was a former chairman of the Northern States Governors Forum and a former leader of a PDP faction, said the North stood disadvantaged by Yar'Adua's death and the insistence that Jonathan should run for the office of president in 2015.

He said, “We acted in good spirit and argued our points based on principle and on the subsisting agreement we had with Goodluck Ebele Jonathan. That agreement was written and accepted by all.

“We didn't oppose Jonathan but we were opposed to his insistence on a second term in office because the North would have lost out completely.”

“It is, therefore, wrong for anyone to erroneously say that I, Dr Mu'azu Babangida Aliyu, had opposed Goodluck Jonathan,” he added.