NHRC And The Struggles To End Human Rights Violations In Nigeria 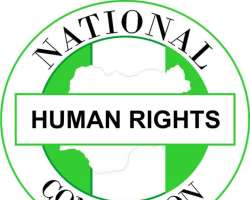 In any democratic setting, human rights is sine qua non to societal development. In fact it is the fulcrum on which the society rests. Further to the above may absolutely be the rationale for a joint admission of the concept by member states of the United Nations as contained in the Universal Declaration of Human Rights (UDHR).

Nonetheless, Nigeria seems to be operating from the rear view with respect to human rights observance. This not minding the sanctions by the United Nations on countries that fail to abide by the rules as well as the presence of the Nigerian Human Rights Commission, Amnesty International and other civil society organizations that existto serve as checks and balances.

In a recent report, the United States yearly report on countries in relation to Human Rights observance unearthed the saddening State of human rights violations that undermines the country's assertion to practisingdemocracy as a system of government.

What more can see say on violations of rights relating to freedom of expression, life and the likes? What about the current crop of Nigerian leaders who have made life both miserable and uninhabitable for the entire population by incessant incarcerations and arrests, not minding the fact that the country is under a civilian rule and not a military rule?

Would we claim to be ignorant of the various examples of human rights abuse in the form of deployment of theinstrumentality of force and coercion by security agents who are meant to protect lives and properties, or of the arrests and detention of citizens who have dared to criticise the actions of the government without giving them access to legal facilities.

In addition, the report also highlighted the use of repression and torture, endless imprisonment of citizens and abolishing the rights to expression and access to information. The reports also enumerates serious challenges with the judiciary that has been criticised for failing to adhere to the teachings of the independence of the judiciary, challenges associated with free press and social media usage, restricting the principles of open dataespecially on the path of government, excessive corruption and financial recklessness, violence against child and women, forced labour, prostitution. Are these not the reality of things happening currently?

Have we forgotten the deployment of force against peaceful protesters in the last end SARS protesters in October which attracted global attention? Or of the recent decision by Twitter to establish its Africa office in Ghana rather than Nigeria due to the disrespect Nigeria has for fundamental human rights?

What we have failed to understand collectively is that human rights and democracy are like Siamese twins which may be difficult to separate as any attempt to do such will end in grave consequences in the form of insurrections, civilian protests etc. Little wonder Nelson Mandela the late anti-apartheid activist declared that "denying people their human rights, translates to challenging their humanistic existence".

Overtime, many haven't been able to accurately differentiate between the current civilian rule and that of military rule due to the evil features which were the bane of the military rule but which are coming to the fore in he civilian rule.

However, from deprivation of political and socio-economic rights –right to education and health care– to denial of personal liberty, 22 years of civil rule have brought Nigerians only marginal relief from the oppression of military rule. The system has further delapidated under the current administration as issues bothering around freedom of expression, association, press and religion have been contained massively.

How many citizens have been imprisoned even when court orders were issued for their release? A visit to the prisons reveals several cases of human rights violations as many inmates have been awaiting trial for donkey years even when the constitution forbids prevents anyone from being incarcerated without access to legal facilities within the time frame of 48 hours?

What about high profile individuals who have purportedly violated human rights and are still able to walk down the streets freely? Have we quickly forgotten Governor Ben Ayade who jailed a human rights activist, Agba Jalingo for daring to criticise his actions? What about the recent case of the Chairman of the Code of Conduct Tribunal who was caught via a footage assaulting a security guard? Has anything good come out of the various cases?

Even though, the Nigerian Human Rights Commission had overtime done more with respect to human rights observance, there are still other areas that need to be highlighted as there still instances whereby victims of human rights violations haven't been served justice.

At present while NHRC and other sister organizations are mapping out ways to ensure that everyone enjoys their fundamental human rights, the populace needs to join the war by ensuring that they report cases of human rights violations and continue to demand it from the nation's administrators.

When citizens enjoy their rights without entertaining any fear, then there wouldn't be any need for underdevelopment, protests and civil actions. The earlier we understand this, the better for us all.