Can Intellectuals Too Make Brand Ambassadors? 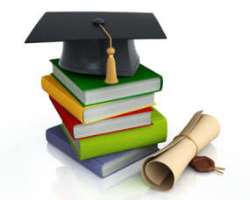 The unverified news of the ambassadorial deal of one of two up-and-coming comics, Black Camaru, inspired this article. No doubt, the duo hit the stage with a unique style of humour and are deserving of every fortune they can bag. So, put straightforwardly, the argument in this piece is not about them or anyone else who is a brand ambassador in the entertainment industry. The worry is actually why it is so unusual for the academically and vocationally-inclined young ones to attract public notice or social significance in Nigeria.

As opined by John Dewey, a renowned American philosopher cum educationist, if what interests the child is not in the child’s best interest, then we have to make what is in the child’s best interest interesting. If efforts are not intensified by both government and private sector to make education as socially dignifying as entertainment, there would be devastating consequences on the country’s intellectualism. Like I had established in some of my articles, entertainment can be classified under the Heart in the three H’s of education which are: Head, Hand and Heart. The significance of this domain is not being questioned as those who possess this artistic form of education help spice up the world. The danger, however, is in making those who will use their head (the schooled) and those who will use their hands (the skilled) of less societal importance to their contemporaries who dwell in the place of the heart to produce artistic contents.

Frankly speaking, if the zeal to learn continues to depreciate in young people due to poor attraction in addition to the poor standard of education in Nigeria, the country is in for a doom. No nation that ignores its intellectual force and makes learning less attractive will compete favourably in the comity of nations. The effort of the Lagos State Government in making formal education endearing should really be commended. The Spelling Bee contest which produces the State’s one-day governor is a strong motivation for students to do well. The scholarship opportunity and the attractive cash prizes offered to the best graduating students in Lagos State University, at both undergraduate and postgraduate levels, promote the zeal to learn among the students. Companies such as Cowbell must also be commended for their long sustained support for academic growth through the sponsored mathematics competition. Other companies can also toe this line by encouraging geniuses and their ingenuity. This gesture should also be extended to those endowed with technical and vocational craftsmanship. The government, private sector and affluent citizens should support and promote skills in the areas of technical and vocational know-how. Even if popularity comes naturally with the field of entertainment, those who are intellectually, vocationally and technically endowed will also be assured of a decent life if these fields are made attractive and productive, and would not all want to become the next Wizkid or AY.

On a final note, young people should also put in their best to stand out in whatever they find themselves doing. Soyinka reigns in the realm of writing and he is celebrated all over the world. His name has become a metaphor for anyone with a robust vocabulary in Nigeria. Chinua Achebe’s “Things Fall Apart” which was published as far back as 1958 is still being recommended to undergraduate students in Nigeria and beyond. The novel has sold more than ten million copies and has been translated into more than fifty (50) languages. This strongly suggests that you are your own kind of star and can rise to stardom in anything you do; peradventure you put in your best. Let your passion be your push, and not the glory of someone else. I will leave you with a Yoruba adage which says: do not ask about the stuff that sell well in market; ask your Maker what stuff he wants you to sell in the Market.