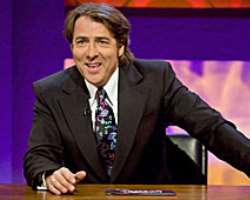 Jonathan Ross has signed a deal to present a chat show for ITV, it has been announced.

The final episode of his BBC One chat show, Friday Night With Jonathan Ross, will be broadcast on 16 July with guests including David Beckham.

The presenter said he was 'thrilled and excited” to begin his new ITV series late next year.

Ross announced in January that he would be not be renewing his BBC contract after 13 years with the corporation.

His Radio 2 show will also come to an end this month.

Ross's decision came more than a year after the so-called “Sachsgate” affair, in which Ross and comedian Russell Brand left lewd messages on the answer machine of actor Andrew Sachs.

He was suspended for three months over the incident.

Unpredictable
Speaking about the new chat show, Ross said: “I am thrilled and excited that after a short break I will be rolling up my sleeves and creating a brand new show for ITV1.

“I have worked successfully with most of the key figures at the network in the past and cannot wait to get back on screen with a fast, funny and unpredictable new talk show.

“I do have a little spare time at the beginning of 2011 though, so if England needs a temporary new manager I will consider the post seriously. Thank you.”

The new series will air in a peak-time slot on ITV1.