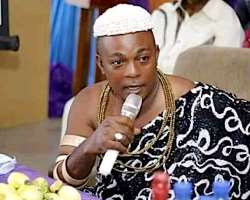 Eze Charles Iroegbu, the traditional ruler of Umuezie community of Nguru Mbaise in Aboh Mbaise LGA of Imo State, has been kidnapped.

He was kidnapped with some of his cabinet chiefs. Their three vehicles were abandoned on the road.

The victims were coming from a traditional wedding at Mbano when they were kidnapped by gunmen.

The royal father and his chiefs were said to be in three vehicles and were heading back to the kingdom when the gunmen reportedly waylaid them and diverted their movement.

The incident had reportedly thrown the community into panic in view of the general insecurity now pervading the state.