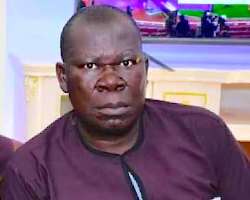 (Being the text of a press statement made by the National Coordinator of Nigeria Parents Forum, NPF, Mr. Monday Eze, in Abakaliki, Ebonyi State on Tuesday, 6th April, 2021)

1. Nigeria Parents Forum, NPF, an association concerned about the sustenance of healthy family and positive parenting with the hope of raising responsible children for the benefit of the society has watched with dismay and is consequently alarmed by calculated efforts to derail the peace process initiated by the Federal Government in the war-ravaged Effium Community by those saddled with the management of personnel and logistics deployed to restore peace in the community.

2. The forum hereby condemns and raises alarm over the under-utilization of the personnel and other logistics deployed to restore peace in the troubled Effium Community through the refusal to post security personnel to the unanimously identified 18 war flashpoints across the hinterlands of the community. The concentration of the personnel and logistics at Effium urban to protect the interests of public office holders whom both the Governor of Ebonyi State, Engr. David Umahi and security agencies in Ebonyi State have identified as interested parties who caused the war in Effium Community while abandoning hapless parents and their family members including vulnerable groups like innocent children, women, the aged and the physically-challenged to die of hunger and diseases in over-crowded, dirty, make-shift and informal refugee camps is unacceptable. This development contradicts all known templates in peace-keeping and equally amounts to continuation of the war against the hapless citizens in a different style.

3. The forum suggests that having survived the horrible war which casualty figures are allegedly put between 300 and 600 deaths for a period running into over two months before the intervention of the Federal Government on 3rd April, 2021,, it is unfair and inhuman to further expose these our members and their vulnerable families who are full-fledged Nigerian citizens to the horrible experiences of death through hunger and epidemics by diverting the security personnel and logistics meant for their protection for the benefit of public office holders who have been identified to have hands in the calamity that befell them in Effium Community.

4. Nigeria Parents Forum while alerting the Acting President of the Federal Republic of Nigeria, Prof. Yemi Osibanjo, relevant heads of security and humanitarian agencies of this calculated attempt to derail the peace process in the endangered Effium Community and the exposure of members of the forum and their families to death by fear, hunger and diseases, hereby implores the federal government to enforce the immediate deployment of the diverted and under-utilized security personnel and other logistics in Effium Community to the 21 unanimously-identified flashpoints of Ibenda, Umueze, Nwekendiagu, Okpoduma, Abuja Primary School, Eroro, Ugoeze, Akparata, Inikiri Bernard, Agugwu, Uturu, Igbudoke, Ameka-Amajim, Eguenyi, Iteahara, Afor Izzo, Uffiacha, Unwogharu, Okpobashi, Azuogbe and Ebeta.

5. It is the immediate deployment of neutral security personnel and logistics to these identified security flash points; and the provision of emergency telephone lines for the people of Effium Community to alert them in cases of anticipated aggression that will inspire confidence and courage in the forlorn, ordinary people of Effium Community to come out from the bushes and make-shift refugee camps to resettle in their respective homes and ply their trades and farming in the current farming season to avert famine and hunger.

6. Above all, the presence of security personnel and logistics at those flashpoints which are in the hinterlands will also put an end to the guerrilla attacks which characterize the war; and speed up the mop up of weapons, arms and ammunitions which have been proliferated in Effium Community since the beginning of the calamity. Nothing else can restore peace faster than these simple wholesome steps.

7. Nigeria Parents Forum have volunteered to continue monitoring the Federal Government Peace Initiative for Effium Community and give dependable updates to the federal government and the world at large.