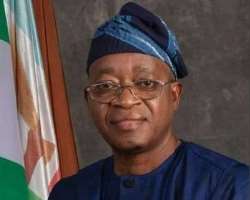 Osun State Universal Basic Ed­ucation Board, aka ‘Osun SUB­EB’, was estab­lished through the _Universal Basic Education Commis­sion_ (UBEC) Act 2003, which was domesticated in Osun in 2005. There was an amend­ment in 2013, when the im­mediate past administration changed the school structure in the state. Although that is what›s still in operation till date, efforts are now in the direction of an amendment to revert to the extant law, with further amendments aimed at suiting the present-day ba­sic, functional education man­agement in the state.

The new and current management of Osun SUB­EB came on board in June 2020. Primarily, and, in line with the Act establishing it, the body was founded to, among other things, improve the education infrastructure in the state; recruit, and train teachers; see to their welfare, and take disciplinary mea­sures against teachers who vi­olate the regulatory rules. Oth­er remedial measures include provision for teacher devel­opment, reduction of so­cio-cultural barriers, making education both accessible and affordable, ensuring flex­ible programmes for children from nomadic communi­ties; and introduction of social welfare measures.

As the inhibitive influence of the COVID-19 pandemic would have it, not much could be done in a little less than a year of its inauguration. But, so far, how has Osun SUB­EB fared in delivering on its core mandate, vis-à-vis, the objectives of its establish­ment? Notwithstanding the impact of the pandemic, the Board has, within the last one year, awarded 169 contracts for construction, renova­tion, sanitation, provision of instructional equipment and furniture. According to Aji­bola Famurewa, two-term member of the House of Representatives and Chair­man, Osun SUBEB, many of these projects have attained completion and are now in use, while some are await­ing official commission­ing by Gboyega Oyetola, the state governor. Seriously, even a visitor to Osun can attest to the bulging manifestations of this foremost government agency’s interventions as they traverse the length and breadth of the state. This is un­derstandable, for, in Famure­wa’s words, “the intervention spread is based on the situa­tional relevance and expedien­cy of the needs of the people and community.”

In the society general­ly, most parents and guard­ians are fairly aware of the fact that their children and wards must, or, should go to school. But, how about the children of the less-privileged in the society, who are without means; the disadvantaged people who, practically, don’t have the tools needed to sur­vive these hard times? Sadly as we speak, Nigeria has the highest out-of-school-children in the world (13.2 million). Out of this figure, _almajirai_ claim a whopping 9 million. The dan­gerous reality is that these are children who either never en­rolled or did not complete pri­mary school education. Again, while Nigeria occupies the 124th position in the world and 25th in Africa in the _Glob­al Education System,_ available indices have also shown that Osun is not doing badly even as concerted efforts are being made to see that more of the school-age children are en­rolled in the state’s public schools.

Indeed, Osun SUBEB’s prag­matic approach to _almajirai_ basic education in the state is commend­able. For instance, there are 43 no­madic schools in the state under the Board’s supervision and manage­ment, presently. In close collabora­tion with the Committee on Peaceful Coexistence Between Fulani/Bororo and Crop Farmers, Osun SUBEB en­sures that those schools are effective­ly, and efficiently managed. Acces­sibility is being addressed through concerted efforts of the stakeholders and the school feeding system, rein­vigorated by the Oyetola-led admin­istration.

While another agency of gov­ernment takes care of the aged and the less-privileged from becoming a threat to the society, Osun SUB­EB deserves accolades for its ability to mop up the children of the nomads and the physically-challenged – those who are of school-year age bracket – and put them in schools and voca­tional institutions so that they do not end up as street urchins. The belief is that, if Fulani and Boro­ro’s children are well-educated, their standard of living and the way they rear their cattle will change for the better. Not only that, since an edu­cated mind is an informed mind, hopes are high that (the) educated Fulani children will also expose their parents to modern ways of doing their cattle business. Such a step will also help re-jig the econo­my, reduce social menaces and im­prove security conditions, among others. Above all, it will bring about an improvement in quality and op­portunities available to the people.

As an agrarian society, mainly, people would prefer to withdraw their children and wards from pub­lic schools so that they could help on the farm. For the people to now jetti­son the age-long subsistence farming style, thereby allowing these chil­dren to choose education as a more viable option is not far from the fact that Oyetola’s government is prop­ping the people through renewed hope and flicker of ‘paradise re­gained’ in job creation and prospects of employment for those who went to school.

Under the present administra­tion, the Osun Education Quality As­surance and Morality Enforcement Agency and the Osun SUBEB have become critical stakeholders in the state’s education industry, en­suring the enforcement of minimum standards in the environment need­ed for learning and teaching to take place. Through this symbiosis, stu­dents’ performance and character profile are better monitored.

By intent, accident or design, there was a time in Nigeria when landlords were no longer willing to rent out their houses to teach­ers. Needless to repeat that Oyetola’s interventions in the basic education sector through prompt payment of salaries and allowances have gone a long way, not only in promoting pure principles in the basic educa­tion sector, it has also demonstrat­ed that Osun teachers are no lon­ger condemned to living forever in penury on earth, with the illusory hope of a bountiful reward in the life hereafter!

An excellent fact about Osun SUBEB not being a static institu­tion is the noticeable change in the dynamics of its contract awards and execution. In other words, it is not enough that contracts are award­ed, these days, higher premium is placed on keeping facilities function­al and intact than merely building them. Impliedly, Osun SUBEB also owes it a duty to hold contractors accountable for failure or under­achievement in contracts execution.

Again, Osun SUBEB’s out­standing achievements are match­ing up to what Oyetola prom­ised in his inauguration speech on November 27, 2018. Back then, the governor pledged that his Administration would “continue to respond effectively to the yearnings and aspirations of public opinions on how to improve the state’s edu­cation sector so as to cope with both national and international best prac­tices in the sector.” Thus, if a good foundation leads to the attainment of dreamed outcomes, can’t we safe­ly say that, ceteris paribus, Governor Oyetola is focused, running to deliv­er the entire package; and that what he needs is the cooperation of the good people of Osun?

KOMOLAFE is Senior Special Assistant to Governor Oyetola on Media._