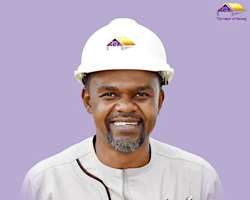 Real Estate Success Strategist at Lifestyle Hub Real Estate Model and the Mayor of Housing, Mr My-Ace China has said the social funding model embarked upon by the Lifestyle hub real estate company is a concept that will not only blaze the trail but will also open new frontiers of opportunities never before witnessed in the real estate ecosystem.

He made this assertion as participants converged at the prestigious Golden Tulip Hotel in Port Harcourt on Thursday 25th March 2021, for the ‘Port Harcourt Special Exclusive Property-Lovers Incentives Dinner’ organized by Lifestyle Hub and the Mayor of Housing.

He said the social funding model allows you to own 150 million naira worth of the house for as low as-a-one-time-only total cash payment of N4 million, N16 million, or 2 million naira which is dynamic and a never-before-seen threshold in the real estate sector. Hear him:’ Most Nigerians work for 35 years without owning a home of their own, rent is a major concern and major expense for most people. So this social funding model will provide them with an amount that cannot buy them a house within the city centre, but can now get you a home if you leverage on our social funding model which has been our attraction and basis of expansion”, he was quoted as saying.

Secondly, he said the quality provided has been phenomenal, - “because it is an off-takers job, most of our clientele has seen value in the quality because we deliver more value at a better price, hence we get more and more recommendations which keep growing exponentially” he said, adding that the housing scheme is designed with the upwardly mobile professionals by intelligently combining affordability, sophistication with comfort and convenience.

The real estate success strategist, Mr My Ace China disclosed that becoming a player in the real estate industry doesn’t have to be wishful thinking or exclusivity of the big companies and the very rich, he, therefore, called on all and sundry to ride in the back of the social funding model that is self-auditing, self-sustaining and self-duplicated to build a robust real estate portfolio worth several billion for themselves in a short time. He said what make the Lifestyle Hub real estate different is because of value inherent, especially noting that the company was not set on a pedestal up there, but started from the ground up and started organically.

He said his company is aware that property ownership is key to investment and survival of man in life, hence the reason for coming out with this never before seen concept that presents to you a luxury home, and gives you deep-seated comfort, while Launching you to lead a well-rounded Lifestyle without fear of being underhanded.

The classy event which had in attendance top executives of the Port Harcourt, South East and South-South Chambers of commerce, including high net worth individuals among others, provided an opportunity for those present to cash in on the social funding model of the Lifestyle hub.

In his reaction, the President of Port Harcourt Chamber of Commerce, Chief Nabil Saleh, had commended the social funding initiative of the Lifestyle Hub real estate company, and promise to woo more members of the chamber to take advantage. He used the occasion to urge all and sundry to join the membership of the chamber as there are lots of benefits to support business operators.

Saleh, who eulogized the efforts of the Mayor of Housing, assured of a robust partnership between the chambers and the company for a better business synergy. Ochia also reasoned that such a brilliant opportunity from the Lifestyle Hub Real Estate Model and Mayor of Housing would have been lost, if such a platform was not provided, and called for more of such opportunities.