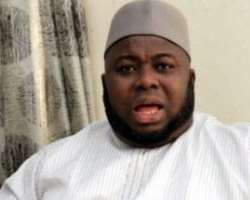 THE Eastern Zonal Chapter of the Ijaw Youth Council, IYC, has suspended its former President Alhaji Mujahid Asari Dokubo and other members over the declaration of “Biafra de facto Customary Government”

The decision to suspend Dokubo and others was taken at the zonal elective congress of the IYC held on Sunday.

Chairman of IYC Okrika Clan, Festus Dango who moved the motion for the suspension, stated that Dokubo took the decision without consultation with the zonal leadership, adding that the Eastern Zone Ijaws cannot be conquered before consultation is made.

He regretted that Dokubo has been making frantic efforts to lure other IYC members into supporting the “non-existent sovereign state within Ijaw territories.”

The congress further set up a six-man disciplinary committee headed by Comrade Ransom Opuiyo to further investigate the allegations against Dokubo and others.