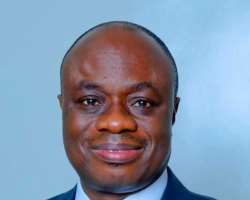 Mr. Okpara resumed office as the Executive Director of Lagos & South-West directorate of the bank in January 1, 2021.