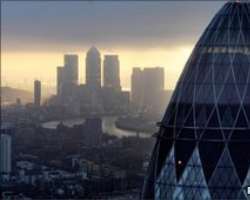 The European Parliament is due to approve a deal placing new limits on bankers' bonuses from next year.

Under the deal agreed by the EU members in June, bankers will receive no more than 30% of their bonus immediately and in cash, or 20% for larger bonuses.

The remaining bonus payments will be delayed and linked to long-term performance, with 50% paid in shares.

Hedge funds will also be covered by the new rules. But there will be no cap on what bankers can be paid.

In the wake of the bailout of banks across Europe, MEPs have taken aim at the huge bonuses paid to top performers, the BBC's Dominic Hughes in Strasbourg reports.

Some blamed the bonus culture for encouraging risky behaviour which in turn led to the financial crisis, our correspondent adds.

'End to risk-taking'
The new rules have been agreed by EU member states and the European Parliament, though MEPs now need to hold a formal vote.

The agreement includes proposals to link bonuses more closely to salaries and the long-term performance of the bank.

Large severance packages for departing executives will also be limited.

“These tough new rules on bonuses will transform the bonus culture and end incentives for excessive risk taking,” says Arlene McCarthy, one MEP involved in negotiating the deal.

The limits will apply to all 27 EU members, although similar rules are already in place in countries including the UK.

However, the rules do not limit the size of bonuses that can be paid to bankers, only the proportions that must be paid in cash and shares, and the timing of those payments.

That reflects the agreement reached by the G20 countries last year, which fell short of imposing caps on the amounts bankers could be paid in bonuses.

The inclusion of hedge funds in the new European rules is likely to alarm many in the City of London, where 80% of European funds are based.

The EU's plans are the latest sign of a tightening of global regulation of the financial industry since the catastrophic financial crisis in the autumn of 2008.