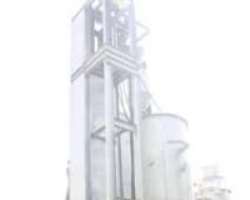 Agba, who was in Nsukka on a working  visit to the University, said that he was impressed by the innovation of the university to produce a gas plant that use organic refuse to give electricity.

He believes that the innovation would help a dress the perennial electricity challenges in Nigeria.

The Minister said, “Government will  ensure massive production since it will help to boost electricity supply not only in UNN but entire country.

“I am in UNN to see things for myself so that when I will present the proposal to Federal Executive Council I will be talking with confidence. “

According to him, the government's investment in alternative energy is to boost electricity supply as well as reduce the  dependence on hydro-power.

“Its  great that Indigenous Engineers and Scientists were coming up with inventions and ideas to boost the efforts of government, ” he said.

“I was not trying to impress the Vice Chancellor when I said that I'm impressed with what I've seen here. UNN has always set the pace and I'm very happy with this innovation. ”

The minister had a word of commendation for Prof Emineke Ejiogu, who led research team of the faculty of Engineering UNN for setting a new record in electricity supply that would go a long to compliment government efforts on energy.

He promised to include UNN among beneficiaries of   Energizing Education Programme in second phrase.

“We're about to start the second phase. I'll do all my best to see that UNN is one of the universities that will benefit in second phase, ” he said.

In a remarks, Ejiogu said that the plant was designed and facilitated by the University's Laboratory of Industrial Electronics, Power Devices, and New Energy Systems (LIEPNES).

According to team leader, the plant is capable of reducing diesel consumption by 60 percent.

He that the team with the support of the University, was already working on expanding the plant from 100KVA to 500KVA.

The Vice Chancellor of the University, Prof. Charles Igwe, earlier in his address, commended the Minister for the visit and   willingness to support the university to develop the innovation.