NDDC Act: Probe of South-South Govs. Over Covid-19 Funds is an effort in futility - Obiaruko

….urges Governors to consider the needs of the Citizens before execution of projects
By FAUS Nwaorgu 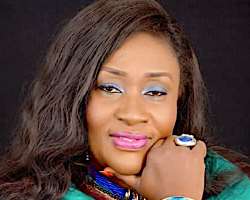 The President and Founder of Citizens Quest for Truth Initiative, a non-governmental organization noted for its advocacy inclination amongst other positive ideals, Chief Christie Oby Ndukwe says that Probe of South-South Governors over Covid-19 Funds is an effort in futility

Oby who was on Niginfo 92.3fm interview monitored by Meinyie Okpukpo, the National Secretary of Citizens Quest for Truth Initiative urged the Governors to consider the need of the Citizens before execution of projects.

How many times have you heard that we had governors holding town hall meetings and bringing people from all walks-of-life not select people? How many times have we heard that they are conducting a census house to house, door to door in the rural areas to find out what really the people want, Oby questioned.

Continuing, she observed that, “NDDC Act is very clear on the role of the governors; it is advisory, not that they determine, not that they are the one that will constitute who gets what. It is just advisory.”

Buttressing her position to an inquiry she quoted Section 11 (I) of the NDDC Establishment Act thus, “There is hereby established for the Commission, a Niger-Delta Development Advisory Committee (in this Act referred to as "the Advisory Committee") which shall consist of-

(a) The Governors of the member States of the Commission; and

(2) The Advisory Committee shall be charged with the responsibility of advising the Board and monitoring the activities of the Commission, with a view to achieving the objective of the Commission.

On her reaction to statement by Senate Committee on Ethics, Privileges and Public Petitions that it will extend 6.2 billion naira COVID19 palliative fund probe to the nine governors of the Niger Delta Region, Oby said governors cannot be probed by the National Assembly over COVID19 palliatives given to them by the NDDC because they are protected under immunity. It will yield nothing as long as the report of the probe cannot be implemented. But if their mission is to ascertain whether they Governors received funds, medical equipment and food palliatives from the Nddc Covid-19 funds approved by the President, then, the right thing to do is to write the Governors for detailed information, to enable the Committee in its probe. Even though, that issue had been severally discussed and deliberated upon by the two NASS Committees on NDDC.

“We have so many probes at the end of the day; they end in the trash can. The reports are not implemented and oftentimes these probes are just tool for political witch-hunt or sometimes they need some sort of settlement from the other party. So they now begin to harass them. I don’t think is gonna be, there will be anything, nothing can come out of that probe if at all the constitution allows that.

“I think that the major thing we need to do is to get the law right, get the constitution to be enforced, to be implemented to the letter at any given point in time and forget about this rat-race they are doing” Oby finally declared.