Can Journalism practice be responsible for once ? 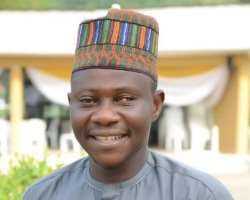 Pray all of us as journalists are having a rethink to embrace the new form of Development Journalism where what we serve the public will not be predominantly about oddities, crimes and negativities.

The tenets are there in our theories and concepts. It is a form of new journalism that will be largely driven by data because, we are going to be ready and able to mine a lot of data to tell the world about the decline in moral values for instance.

How does the inhabitants of the world through the mirror we showcase see the progress being made in sciences , human rights, the breakthrough in education and perhaps the hope that is in the horizon due to a new world order or the dangers looming ahead .

The media has this Responsibility. The notion of when a dog bites a man, it is no news and when a man bites a dog , it is news which is the same as " Good news is no news " has sharpened the manner we practice journalism over some decades and centuries and it is perhaps doing a lot of disservice to the world we all live.

We should find a way to practice more of Solution Journalism and embrace the tenets of Social Responsibility a la Development Journalism.

Understandably, the fear has always been, who will buy the paper when the news is not hot, sizzling and interesting ? And, of course our definition of hot and sizzling news is about oddity and the unusual. Many publishers would fear that they would get low sales figure if they resort to the positive news , but truth is how many newspapers nowadays rely on sales volume to survive.?..

When I did my Master of Science research on the newspaper survival in an era of digital news media, the revelations were, and still are, legion. Newspapers would not die just like other forms of media that the world had seen had not spelled its doom, but the centre can no longer hold .

One of the revelations is that newspapers today have to adapt to the new media and that means a lot of free information have to be put in the public domain. This also means that newspaper proprietors or handlers have to device ingenious ways of keeping afloat. Just as the era of free download of music has completely crumbled the business of sales of musical records , ( I did a study on that as well ), the internet and new media are stifling journalism and time is indeed ripe to practice a new form of Journalism- Development Journalism.

The media owe the society a duty to begin to change the natives, orientation and news appetite of the reading public. Whatever is served shall be consumed . If we serve the negative, the society will consume negative reports and if we serve the positive, they would do same.

Why can't the major media do something for a difference? Have an offshoot of their publications that will be devoted to good or solution Journalism, the same way they have a special edition for the sports , entertainment , politics and perhaps the celebrity, there can also be a newspaper for monitoring development trends and given the positive sides of the world to the world itself. Let's see if such efforts can attract the sponsorship of international organisations who work day and night to close the gap of inequalities in the world . It is indeed a possibility.