Effium War: The Truth That Gov. David Umahi Is Hiding. 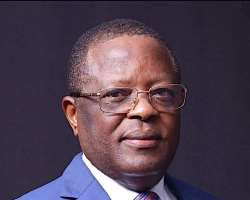 Since 22nd January, 2021, a full-blown war broke out in Effium Community of Ohaukwu Council Area in Ebonyi State. The conflagration in which close to 200 persons have been killed and over 150 houses and other properties destroyed arose from the unlawful annexation of parts of electoral wards of Effium indigenes of Ezza-Ezekuna extraction to electoral wards of Effium indigenes of Korri extraction by the protege of Governor Umahi who is the current chairman of Ohaukwu Local Government Area, Clement Odah.

We have heard the Governor of Ebonyi State, Engr. David Nweze Umahi Clement Odah; and others like member representing Ohaukwu North State Constituency in Ebonyi State House of Assembly, Chinedu Awo; Commissioner for Local Government and Chieftaincy Matters, Samuel Okoronkwo; and Special Assistant to the Governor of Ebonyi State on Parks Development, Emmanuel Igwe as those who caused the problem in Effium Community which has claimed close to two hundred lives and over 150 houses and properties.

Speaking in a security meeting in Abakaliki on 22nd February, 2021, Umahi said: "Let us not forget that this problem started by the Council Chairman, Clement Odah and Hon. Chinedu Awo the House of Assembly member. When the problem started between them, I called them severally one on one, three of us. We sat and I pleaded with them. In fact, at a time, one of them walked away on me. “It took my begging the Speaker for the House not to sack the person on this same issue. I just took it that there nothing a father will not see, there is nothing leadership will not see. Two of them supremacy, 2023 that they do not know whether they will see.

By this confession of Umahi which is filled with lies and half-truths, Umahi has admitted and substantiated the earlier submission of the opposition People's Democratic Party, PDP, in Ebonyi State. PDP had accused Umahi and his government officials of masterminding the carnage in Effium Community and other parts of Ebonyi State.

However, the Governor has not told Ebonyians why Clement Odah was not prosecuted in 2016 when he was arrested with arms in his car. This "above the law" status given to Clement Odah by Governor Umahi has made Odah grow wings and run violent cult activities in Ohaukwu LGA which consumed lives of many Ngbo and Izhia youths. The governor has not told and will not tell Ebonyi people why upon all those violent crimes of Odah, no sanction was given Odah and the police was not allowed to prosecute him.

Ebonyi Governor has not told Ebonyi people why Odah desecrated the hallowed chambers of Ebonyi State House of Assembly by walking into the legislative house and slapping an honourable member of the house who was on active Committee duty; yet the governor shielded Odah from any sanction whatsoever either from the desecrated legislature or from the police. Rather, Umahi rewarded Clement Odah with an undeserving unopposed second-term ticket to the chagrin of Ebonyi State Legislature and Ohaukwu people.

Governor Umahi was being mischievous when he stated that in a meeting "... one of them (Odah and Awo) walked away on me (Umahi)". Umahi should summon courage and tell Ebonyi people that it was Clement Odah who walked out on him. A young man who went into the hallowed chambers of Ebonyi State Legislature to slap a member and was not sanctioned can easily walk out on the governor. That is the problem with leaders or governors who create monsters. The monster after attacking its creator's real or imagined adversaries will definitely turn against its creator.

As things stand, only Gov. Umahi and Clement Odah know what is happening in Effium Community. One wonders why the Ebonyi Governor is dragging other people into the arrangement he and Clement Odah put in place for Ohaukwu LGA and Effium Community? Governor Umahi will not tell Ebonyi people that he received a written complaint signed by Hon. Chinedu Awo and other stakeholders of Effium Community against Clement Odah over the unlawful annexation of parts of wards belonging to Effium indigenes of Ezza-Ezekuna extraction (including Hon. Chinedu Awo's compound) to wards belonging to Effium indigenes of Korri extraction and that he (the governor) ignored the complaint dated 8th January, 2021. The letter read in part:

"We the undersigned, write on behalf of Effium Indegenes of Ezza-Ezekuna extraction otherwise known as Ezza-Effium people in Effium Ward 2 and Wigbeke Ward 2 all in Effium Community in Ohaukwu LGA of Ebonyi State to complain of the unlawful annexation of Effium Over-bridge settlement, Okpoduma road, Ekendiagu road, Idoma Road, Enwe-mini/Isuochi Street, Iziogo Road, Uwhumba Akpa area of Ibenda village and other parts of Effium Ward 2; and Maternity Road and other parts of Wigbeke Ward 2 all of which are electoral wards of Ezza-Effium people to wards of Effium indigenes of Korri extraction (Effium Ward 1, Wigbeke Ward 1 and Wigbeke Ward 3) in the ongoing Enumeration Area Demarcation exercise by National Population Commission officials who were misguided by agents of Ohaukwu Council chairman, Barr. Clement Omekannaya Odah, and other stakeholders of Effium indigenes of Korri extraction.

"It is pertinent to recall that the peculiarities of Effium Community where Effium people of Ezza Ezekuna extraction or Ezza-Effium people constituted about 80% of the entire population of the community warranted the demarcation of the five electoral wards in the community with family/kindred labels or names instead of the normal physical or geographical boundaries by the Government of old Anambra State through her Edict No. 4 of 1990. The essence of this unconstitutional arrangement was to circumvent and diminish the impacts of the population of Effium indigenes of Ezza-Ezekuna extraction.

"The implication of that arrangement which still subsists is that compounds, homes or settlements of Effium indigenes of Ezza-Ezekuna extraction or Ezza-Effium people and those of Effium indigenes of Korri extraction exist side-by-side but do not belong to same wards; hence, people are distinguished and distinguishable by respective family/kindred names as well as their respective languages. This peculiar situation has regrettably been gazetted in 2004 by Ebonyi State Government; and it is well-known to all authorities in Ebonyi State as well as to all inhabitants of Effium Community including Barr. Clement Omekannaya Odah and the guides he appointed to mislead the EAD field officers of National Population Commission in Effium Community.

"The act of unlawfully annexing parts of the wards of Effium indigenes of Ezza-Ezekuna extraction or Ezza-Effium people, including Hon. Chinedu Awo of Wigbeke Ward 2 - member representing Ohaukwu North state constituency in Ebonyi State House of Assembly - whose home is marked as NPC/EAD2021/110; Mr. Alfred Onuoha of Effium Ward 2 - a renowned academic - whose home is marked as NPC/EAD2021/150; the home of a late popular politician Chief Obaji Ogwale , father in-law of Effium South Development Centre Cordinator, Mrs Eucharia Ogwale, and the cluster of Ezza-Effium people's homes in Uwhumba Akpa area of Ibenda village among others to the wards of Effium indigenes of Korri extraction is an open invitation to chaos. Above all, it is an unwarranted provocation which may force Effium indigenes of Ezza-Ezekuna extraction or Ezza-Effium people to seek judicial nullification of the unconstitutional privisions of Edict No. 4 of 1990 of old Anambra State as well as an order of mandamus compelling INEC and other relevant authorities to delineate wards and Polling Units in Effium Community geographically and demarcate them physically with tangible landmarks and natural boundaries. "We wish to state that our grouse over the unlawful annexation is not against the NPC officials since we have realized that they were mischievously and intentionally misled. Rather, we are complaining against Barr. Clement Omekannaya Odah, his co-conspirators and the guides who, knowingly, misled the NPC into these unconscionable and inflammable annexations."

This letter which was signed by Hon. Chinedu Awo and other stakeholders of Effium Indigenes of Ezza-Ezekuna extraction prayed for the following:

"i. A prompt and proper reversal of all parts of the wards of Effium indigenes of Ezza-Ezekuna extraction or Ezza-Effium people unlawfully and mischievously annexed to Effium indigenous people's wards in the ongoing Enumeration Area Demarcation, E.A.D., exercise.

ii. That Barr. Clement Omekannaya Odah, Chairman of Ohaukwu LGA be called to order. A public officer who should be interested in the peace of his community and other parts of his council area, who unfortunately is trying to cause crises by masterminding these unlawful and provocative annexations is not fair to his people and his State government.

iii. A proper Enumeration Area Demarcation exercise in all the wards in Effium Community especially the now threatened Effium Ward 2 and Wigbeke Ward 2 all of which are wards of Effium indigenes of Ezza-Ezekuna extraction."

While Governor Umahi ignored this serious complaint, the National Population Commission, N.P.C., on receipt of a similar complaint visited Effium Community on 18th January, 2021 and held a joint meeting with the stakeholders of Effiumites and Ezza-Effium in the palace of the late traditional ruler of the community. In the meeting, the N.P.C. team appreciated Ezza-Effium Stakeholders' approach to the unlawful annexations; acknowledged the wrongful annexations which they said arose due to the misguidance of the tour guides given to them by stakeholders of Effium Indigenes of Korri extraction; and offered to conduct a review E.A.D. exercise in the affected areas on the 22nd January, 2021 in order to reverse or correct the unlawful and provocative annexations of parts of Ezza-Effium people's electoral wards to Korri-Effium (Effiumites) people's wards. This repeat E.A.D. exercise was not wanted by Clement Odah and his cohorts. Ebonyi Governor will not tell Ebonyi people that the war in Effium started on the very day the National Population Commission which officials Odah deceived into the unlawful annexations via the Enumeration Area Demarcation, E.A.D., exercise which received the same complaint as the Governor scheduled to be in Effium to correct the unlawful ward annexation in Effium Community.

The wonder-working? governor will never tell Ebonyi people that Chinedu Awo was not in Effium Community on that fateful 22nd January, 2021 when Clement Odah who was in Effium armed his boys and they went to Effium Police Division and dragged out someone in police custody, beat him into pulp in the full glare of the general public and then went into Effium town in a rampage attacking any Effium indigene of Ezza-Ezekuna extraction they see and crowned this attack with the abduction of Mr. Chinwe Ogodo and one other woman.

Above all, Umahi has refused to allow journalists in Ebonyi State to report that real casualty statistics in the Effium war. How can Umahi say that only 25 persons were killed so far in a war which has lasted for a month with average daily casualty rate of seven lives? Umahi will not tell Ebonyi people that while he was distorting lies in the said Abakaliki kangaroo meeting, nine persons including women and children were killed by Odah's men in Ugoeze village in Effium.

Nobody asked Umahi for any explanation. Umahi's conscience was merely pricking him for the unnecessary ethnic cleansing war he is waging by proxy in Effium Community, but the good thing is that day of reckoning is closing in on the Governor who calls himself a man of war. However, now that David Umahi has admitted causing the war in Effium Community, he should stop harassing innocent people in the opposition who had fingered him and his administration as the cause of the war.