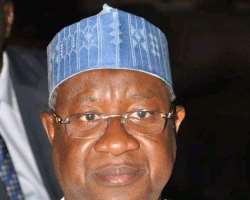 The immediate past Comptroller-General of the Nigeria Customs Service, Abdullahi Dikko, is dead.

Dikko, who served as Customs Comptroller-General from 2009 to 2015, reportedly died after a protracted illness.

The former customs boss had been facing a probe by the Economic and Financial Crimes Commission (EFCC) as well as the Independent Corrupt Practices and Other Related Offences Commission (ICPC).

His house said to be worth N1.1 billion as well as cars worth hundreds of millions of naira were seized by the EFCC.

In December 2020, the Federal High Court restrained ICPC from arresting and prosecuting Dikko.

The undisclosed illness was said to have been so severe that the family even arranged an Air Ambulance to fly him abroad, but the doctors advised that he would not be able to make it to the destination if they attempted to fly him out.