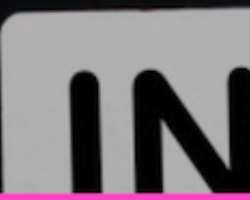 I have an in-law and we all relate as one big family so much so that his children come into my house freely, as do my children to his.

However my in-law's, own in-law's son, in other words an in-law of an in-law. unrelated to me either by blood or by marriage, took advantage of being a cousin on the opposite side, of my in-law's children and arrived unannounced at my gate.

“Well what can you do? He is already here.” I tell myself.

"Okay come in and find a place in one corner of the house to stay”, I tell him.

"No," he replies, "I prefer to sleep in your garden, besides the front porch."

He goes on to the garden and spreads his mat.
I shrug my shoulders and go back inside.
“If mosquitos bite him once or twice outside, he will ask to come in and spread his mat inside the house,” I tell myself.

But alas he does not seem to care about mosquitos.
Next day I see him carrying a sharp machete.
"What are you doing with a machete?" I ask him..
"Oh no,, that one,, it is only meant for self-defence", he replies.

I shrug my shoulders again and leave him alone.
But at night I hear female screams.
Too scared to go out I wait till the morning to find out what is going on.

But nothing seems amiss.
Not until my daughters tell me that their friends told them that they were accosted and raped by someone while passing by my house.

I add two to two and decide that my unwanted guest must know a thing or two about what happened.

But he feigns ignorance of any untoward happenings at night.

I decide that enough is enough.
"You have only one of two options," I tell him.
"Either you move into the house and find a suitable spot inside to spread your mat or I will chase you out of my garden."

The unwanted guest refuses to budge. Rather he sends word to his in-law who is also my in-law to intervene.

And this is exactly what my in-law does. He asks me to leave the unwanted guest alone because we are in-laws.

After all, he tells me, "your own children come to my place and do what they like without molestation."

I reply, "but my children sleep inside not outside your house, so you can monitor their activities and detect if they are up to any mischief."

My in-law however refuses to see reason.
No he insists. "You cannot kick out your unwanted guest, if you kick him out, it is me you are kicking out."

But my mind is made up.
Enough is enough, I am going to kick out the intruder right away.

I don't care if my own children are kicked out too. If that happens I will rather build another house in my garden to harbor my own children, than harbor a criminal in my compound.

And kick him out I did