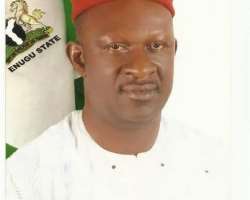 Ekweremadu reportedly slumped while defending his ministry’s budget on the floor of the State House of Assembly on Thursday.

He was rushed to Niger Foundation Hospital, Enugu, where the doctors confirmed him dead. The late Ekweremadu who was appointed Commissioner in 2019, was a member of the State House of Assembly and served as Chief Whip from 2015 and 2019.