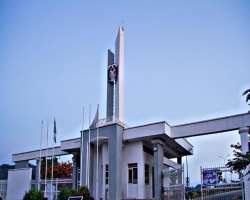 Education without ado is the bedrock of a society's development. This is the reason many countries of the world spend and invest heavily to make this a reality. Apart from this, many International Organisations such as the United, NationsEducational Scientific and Cultural Organisation (UNESCO) among others have highlighted the necessity of education. This is to reduce the rate of illiteracy and ignorance which have both eaten deep into the fabric of many countries.

Many countries in a bid to achieve this engage in several meaningful initiatives. Such include: the building of schools (primary, secondary and tertiary), employing capable instructors who are capable of disseminating knowledge and in extreme cases award scholarships to deserving students or subsidise the rate of tuition that are payable by students.

One would have thought that Nigeria as one of the most populous countries in the world and the largest in the African continent would follow suit. But reality overtime has proven that this is not always the case. This in the end has proven the fact that education is only an exclusive reserve for the rich.That is, the poor who do not have the wherewithal are left to wallow in ignorance which begets poverty.

Just recently, two of the nation's public tertiary institutions - Lagos State University and the University of Abuja, took what is to be regarded as unreasonable decision of announcing an increase in the tuition fees payable by students.

Making known the decision to the student and members of the public, the authorities of the institutions noted that the institution was facing issues bordering around cash crunch and it was necessary that it increased the tuition fees so as to increase the revenue generated by the institution. In essence, students should be ready to pay more if they would want to enjoy educational services. How sad is it that such a decisioncould be taken by a nation's citadel of learning.

While it is not gainsaying that the country is currently passing through turbulent times due to the ravaging corona virus pandemic among others, notwithstanding poor citizens shouldn't be made to bear the brunt of the ugly decisions taken by a government that has proven that education isn't to be regarded as priceless and valuable.

It would not be a waste of time to say that the government of the day has placed premium value on trivial and insignificant issues as against education. A visit to many tertiary institutions would undoubtedly prove this fact. Rather than large scale development, what is evident is delapidated infrastructure, lecture rooms that have been overtaken by weeds, hostels that are in a state of filth.

Even though the current economic realities are one of the reasons the decision taken by LASU and UNIABUJA could be termed justifiable, in another context, we may regard it as despicable and uncalled for. This is coming on the heels of the fact that many Nigerians p students have been at home for a period spanning over eight months due to the inability of the federal government to meet the demands of the Academic Staff Union of Universities (ASUU). This may be the reasonstudents of the institutions have protested against the hike calling on the government for its reversal.

One would have thought that students who are now resuming for studies would be able to heave a sigh of relief. However, the current realities of the hike in the tuition fees payable undoubtedly makes this impossible. It is as though, the significance of education is gradually been eroded. After all, we often hear Nigerian students say "who school epp?"

While economic experts have proposed that for anorganisation to meet its demands, there must be avalanche of funds. Yet, when these funds are not readily available, theorganisation may be forced to explore other ways of generating revenue internally. In extreme cases, some organisations go as far as slashing their operational costs to reduce wastage.

Nigerian public tertiary educational institutions should adopt the practice of not depending solely on disbursements from the movement. This include establishing consultancy services that meet the needs of not only the immediate community of the institution and other humans outside the institution's community. Such services include the establishment of printing presses, media outlets (TV and radio stations), engineering services.

In addition, production of basic commodities which are used daily by both students and staff members. Such include stationeries and the likes. This will reduce the over dependence on private organisations and will boost internal revenue.

Furthermore, cutting excess expenditures where necessary. This will also assist in reducing operational costs. Several reports have emanated of how many Nigerian educational institutions inflate their running costs. This may be the best time to give it a reduction.

Another necessary avenue is to encourage students and staff to engage in meaningful research activities which could solve several human challenges. This is most applicable to those in the field of sciences, technology and engineering. This can take the form of designing innovations and products that could be patented and produced in large quantity and sold to the members of the public at subsidised rate and also attract foreign investors.

Conclusively, Nigerian public educational institutions mist begin to understand that they are established as an avenue to disseminate knowledge and promote research activities and not an avenue to make wealth arbitrarily. Taking cognisance of this will reduce the incessant hikes in the tuition fees payable by Nigerian student many who are struggling to make ends meet.