By Lucy Fisher, The Telegraph 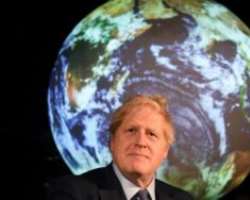 Britain could join the military coalition known as the “Asian Nato” following a US proposal to expand the group's membership as a counterweight to China.

President Biden's new policy chief on Asia this month sketched out a proposition of drafting additional countries into the informal alliance, which is also dubbed the “Quad”, in order to deter adventurism by Beijing.

The UK is poised to join the grouping, according to the Spectator, and Government insiders have not denied the idea.

Although it is understood no firm proposals have yet been tabled for Boris Johnson to review, he has highlighted the similarities between the UK's foreign policy and the principles set out by President Biden.

Kurt Campbell, appointed to the newly-created role of “Asia tsar” in the fresh US administration, is a China hawk and former State Department official who was credited as the architect of the Obama administration's “pivot to Asia” strategy in 2012. Kurt Campbell, the new Asia coordinator, is a trusted hand among the US’ Asian allies – SAEED KHAN/AFP

In an essay for Foreign Affairs magazine this month entitled “How America Can Shore Up Asian Order”, he endorsed the UK's proposal to expand the G7 into a bigger group of democracies that will be known as the “D10”.

Mr Johnson has invited Australia, India and South Korea to join the G7 summit in Cornwall in June, where their permanent membership of the expanded alliance is expected to be formalised.

Such a coalition “will be most urgent for questions of trade, technology, supply chains, and standards,” Mr Campbell wrote.

He added: “Other coalitions, though, might focus on military deterrence by expanding the so-called Quad currently composed of Australia, India, Japan, and the United States, infrastructure investment through cooperation with Japan and India, and human rights through the two-dozen states that criticized Beijing's internment camps in Xinjiang and its assault on Hong Kong's autonomy.”

These alliances are needed to “create balance in some cases, bolster consensus on important facets of the regional order in others, and send a message that there are risks to China's present course,” he said.

It is understood there is appetite in the UK Government to join a new human rights coalition, as well as the “Quad”, although no decision is imminent on either. Britain is one of 24 nations that has called out China over abuses against the Uighur minority and in Hong Kong.

President Biden's swivel back to a multilateralist approach to foreign policy after Donald Trump's isolationist inclinations and unpredictable manoeuvres has prompted sighs of relief among British diplomats based at King Charles Street.

On Wednesday, Dominic Raab, the Foreign Secretary, held a call with his US equivalent Antony Blinken, who was sworn in as Secretary of State on Tuesday.

A Foreign, Commonwealth and Development Office spokesperson said Mr Raab offered his congratulations and the pair “discussed the opportunities to work together on a shared agenda, to reinforce democratic values across the world and to strengthen the two countries' global alliance.

“They spoke about the upcoming UK's presidencies of the G7 and COP26, the need to tackle Iranian destabilising behaviour and cooperation to hold China to its international commitments.”

The spokesperson added: “The Foreign Secretary welcomed President Biden's commitment to tackling climate change , including by re-joining the Paris Agreement, as well as the US re-engaging with the World Health Organisation.” The pair agreed to speak again soon.

Mr Blinken said the relationship with China was “arguably the most important” the US had in the world.

In his first press briefing in the role, he emphasised areas in which Washington and Beijing could collaborate, saying “it’s in our mutual interest to try to work together” on issues such as climate change. However, he said he believed China had committed “genocide” against Uighur Muslims.

“Increasingly, [the US-China] relationship has some adversarial aspects to it,” Mr Blinken added.