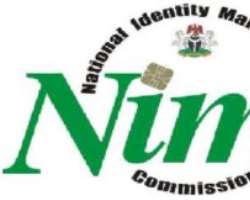 The Federal Government has extended the the deadline for the syncing of SIM cards with the National Identity Numbers, Mobile Network Operators confirmed.

The MNOs in a statement Wednesday said that the Federal Government had granted a further extension of the deadline from 19 January till 9 February.

This will allow subscribers more time to sync their SIMs with their NINs.

“We have received formal confirmation from the NCC that President Muhammadu Buhari has graciously approved the extension of the deadline for subscribers with NIN to link it to their SIM registration data from January 19 to February 9, 2021.

“To ensure that we utilise the extension period judiciously, we urge all telecom subscribers who have a NIN to link it to their SIM cards through available channels as soon as possible.

“Those yet to enrol are advised to visit www.nimc.gov.ng for a list of enrolment centres close to them.” the statement read.

The Federal government in December 2020 gave Nigerians up till January 19 to link their SIM cards with their NIN or risk blockade of their phones.

In a review on Tuesday, the Minister of Communications and Digital Economy, Isa Pantami the number of Nigerians, who have collected NINs, has increased to 47.8 million.

The NCC stated, “So far, a total of 47.8 million NINs have been collected by the mobile operators.

At an average of three to four SIMs per subscriber, this means many millions will be linked up before the deadline in February 2021.”

The government pushed the earlier deadline, which was December 31, 2020 following public outcry.

The Rainbow investigation shows that even at this point many Nigerians are yet to register with Nigeria Identity Management Commission for NIN.

From what our correspondents oberved from different centres, Nigerians still go through hell to get registered.

What is clear is that at this once, it will take many more weeks for this process to be completed as the queuing time at the centres is simply discouraging.