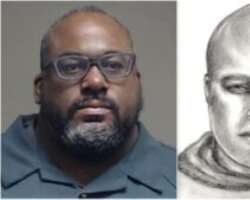 In 2011, Delta Sigma Theta's leadership warned sorority members to be on high alert: A series of rapes had been reported in the Dallas area, and the rapist appeared to be targeting alumnae of the century-old Black sorority.

None of the women raped was familiar with the attacker, but he creepily appeared to know their names . All of the women were in their fifties and sixties.

Delta Sigma Theta told Dallas-area members to stop wearing sorority T-shirts, remove sorority decals from their cars and offices, make sure their houses were secure from intruders and even stop attending meetings in person.

“To think that our members are being targeted is disturbing and extremely disheartening,” Cynthia M. A. Butler-McIntyre, then the national president of Delta Sigma Theta, said at the time.

Almost a decade later, police have finally made a breakthrough. Plano Police have a suspect in custody and say they have definitively connected him to at least one of the rapes. Jeffery Lemor Wheat, 48, was arrested in Arkansas on Monday and taken to Plano, Texas, where he is being held on a $500,000 bond.

Wheat will face a felony sexual assault charge after DNA connected him to the 2011 rape of a Delta Sigma Theta alumna in the city. Plano Police say a detective and an administrative assistant finally cracked the case.

The victim said a man raped her in her home, and then called her to apologize a few days later. Police were able to trace the call to a payphone outside a Chevron Food Mart, and got surveillance footage of him making the call. Police contacted Wheat's wife in Nov. 2020 and she allegedly confirmed his identity in the surveillance video. Plano Police Department

Experts have theorized for years about the rapist's disturbing decision to target elders from the country's largest Black Greek-letter sorority. “Someone with this obsession doesn't cultivate these obsessional ideas overnight,” Naftali Berrill, director of the New York Center for Neuropsychology and Forensic Behavioral Science, told ABC News .

“This is coming from, I'm guessing, something much more historical and deeply rooted in this guy’s psychological history. It's just too specific a group,” Berrill said in the 2011 interview.

A specific motive for the crimes still has not been revealed.

Delta Sigma Theta has 250,000 members around the world. Police say DNA from Wheat matches the 2011 incident as well as at least three other rapes of Delta Sigma Theta alumnae dating as far back as 2003.

“Our biggest fear is there are more [victims]. That's something that we wanna know. There may have been some unreported cases,” said David Tilley, a public information officer for the Plano Police Department.