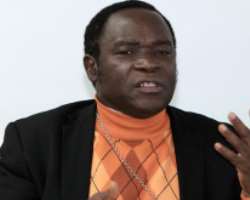 Matthew Kukah, bishop of Sokoto Catholic diocese, on Thursday expressed regrets that Nigeria did not learn any lesson from the civil war 51 years after it ended.

The Bishop said there is still a lot of anxiety, frustration in the Nigeria, even as the country is yet to heal from the civil war.

"51 years after the war, we are still hearing the kind of agitations that ordinary with good governance, honestly, devotion, dedication, commitment, the right leadership, we should have left all these anxieties behind us unfortunately they are still with us.

Kukah said this at the second edition of Never Again Conference with the theme, '51 Years After After the Civil War' held virtually and organised by Nzuko Umunna, a pan-Igbo socio-cultural organisation.

The Bishop further noted that citizens of Nigeria and her leaders are not happy. "We are failing in almost every area, in education, lack of infrastructure, debt traps, inability to create new opportunities for industrialization and this massive cloud of insecurity threatening the whole nation"

According to Kukah. "Part of our problem is not articulating the issues, we really don't have the mental toughness and discipline to follow through some of these diagnosed problems."

Tanko Yakasai, on his part, said despite the level of post-war progress, several burning political issues remain to hunt our political landscape, such as: continuous call for a review of the 1999 Constitution and the need to restructure Nigeria; and Insecurity in different parts of the country arising from militant’s invasion and terrorist activities.

Others according to him are: The current secessionist Movement for the state of Biafra under the umbrella of IPOB over 50 years after the Civil War; was over and

the mistrust among major sub-regional groups which remain a threat to democratic processes in the country.

Yamashita said Nigeria still need to learn lessons from the civil war 51 years ago, and address squarely the fractional tendencies in the country today. Unity, peace, trade, justice, democracy and development must be made to work for Nigeria to keep it one and stronger.

"We should tackle the issue by deliberately skewing our next development plan to contain integration strategy as one of major features of the Plan" he said.

In his remarks, Pat Utomi, chairman of the conference planning committee, said the initiative started as an advocacy “in trying to bring a better understanding of the civil war and its aftermath to the Nigerian people”.

According to him, this is being pursued in a way that “it will become a source of energy for bringing a new nation”.

“We know that if people learn enough from errors of yesterday, they can, in fact, make more progress than they are currently making,” he said.

“One of the biggest challenges of nation-building is the kind of trust deficits that exist which make policy implementation very challenging.

“A better understanding of the civil war will make it become a ladder that people can climb to higher levels of growth.”