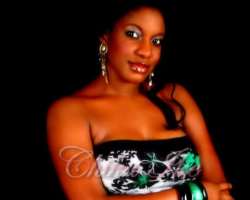 Chika Ike is very passionate about Nollywood. This she shows by defending it at all costs. While some stakeholders in the industry readily admit that Nollywood movies are terrible, Chika believes otherwise, thereby proving the popular saying 'different strokes for different folks.' Always busy moving from one location to another, OSEYIZA OOGBODO caught up with her and they had this brief chat.

Several people, including some of your colleagues, feel that Nollywood movies are bad and awful. Do you share that view?

No. I totally disagree with that. I mean, that's my industry, and if you say my industry produces bad movies, I will take offence, seriously. I mean, we work really hard, very hard. And basically, when you say bad movies, what do you mean by bad movies? I don't really understand.

Movies that don't make sense. Movies that start well and end on a flat note, leaving a bad taste in your mouth. Such movies ...

Can I ask you a question? You watch Nollywood movies, right?

And you have watched my movies? They make sense, right?

To a certain degree, they do, but the endings are always bad, senseless. You guys are always focused on the supernatural and the diabolical as a cheap way out of logical situations. Do you even think that rituals should be in movies?

Most of the stories are people's stories, though some are fiction. If someone gives you a true life story and tells you to write it, you cannot fine-tune the story. If it was fictional work; it could be an imagination, you understand? But whatever movie we do in Nollywood, I believe it is a work of art, and a work of art should be appreciated. Every movie must not be good, but at least most of them are good. And for the industry still to be relevant today, it means that we do good movies and our movies are selling and people appreciate our efforts.

Since you are very passionate about Nollywood and you are ready to defend it at all costs, can you mention the movie which in your opinion is the best so far to have come out of Nollywood?

Nollywood has done so many beautiful movies; it is difficult to choose one. In recent times especially, we have done some wonderful works which I am actually proud of. I am talking of beautiful, beautiful, great movies.

Mercy Johnson was inspired to act by Genevieve. Is there a certain actress that inspired you too?

Can you mention a particular name?

If I started, I wouldn't end, so let's just leave it at that. There are so many, quite many that made me decide to become an actress.

We hear different tales of how actresses got their first role. Sleeping with someone for it, begging for it and so on. How did you get yours?

Oh, really. My first ever role was just one scene in a movie. It was Sweet Love. I actually auditioned with my elder sister who is in the US right now.

Did your sister get a role too?

She did, but she wasn't able to do it, due to some reasons.

So you are claiming you didn't do anything to get that first role?

Believe me. And I got it after four months.

You mean four months of auditions and hustling in Nollywood circles?

Yeah. After four months of waiting for them to call me back for a role and going for other auditions.

So, in those four months, you didn't record any other success?

The truth about it is that I had just gotten admission then, so I took the auditions and went back to school and continued hoping to receive a call that I had got the role.

How were you able to get wind of auditions while you were in school?

GSM, of course. You can always call people and they will tell you things.

Where was your school?

So it was very easy for you to pop into town for roles?

How easy then was it to combine school and acting?

I just thank God because it wasn't easy when I really think about it now. Bearing in mind the kind of environment and society we are in right now, it's very difficult to combine one or two things. I must say that it was hard. It was really tough, but right now, I am a graduate, and I give thanks to God that I was able to come through it all.

The in-thing now is that actresses always produce your their own movies. Have you done so too?

When should we be looking forward to for that?

I will let you know when it is time.

You are always on location working all over the country. Is the money you are earning commensurate with the stress you go through?

Of course. I mean, I do this to put food on my table and to earn a living. The two must go together. I have good passion for what I do, but money is also one of the motivational factors.

Why have you been missing out on endorsements? Globacom didn't consider you for its lucrative ambassadorship, even Gulder too for its Celebrity Showdown. Is there a reason you haven't been part of such juicy packages?

But getting those endorsements, is it about being a good actress or having a good management team in place that will seek them out for you?

Tell us about your most challenging role.

I cannot really point. All my movies come with their own challenges basically. I won't say I have one particular challenge that was toughest. Playing another character that is not your usual self is challenging enough.

Last year, you and some of your colleagues fought over money given to you by a South-East Governor when he hosted you...

I heard that rumuor. I read about it in the papers and I was so devastated. It is so unfortunate that my name was mentioned, but the truth is that I wouldn't even have an idea of such going on. So when I read it, I was surprised. But it made me know that these things really do happen. You might not be there and they will say you are there. It is crazy. I didn't even hear of the event, talk less of going for it. But as they say, when you are in the public eye, you get picked on all the time.

Why didn't you refute it then?

Some things are just...I mean, when I heard about it, I just overlooked it as one of those things. I don't want to get myself worried about it. I don't like worrying my head.

Do you also aspire to break into Hollywood, as is the dream of most Nigerian actresses?

Basically, everybody wants to have a growth in their career and be recognized internationally. But the thing there is that I will do my best. I will keep working hard as an actress in Nollywood, and hopefully if I am called to do a Hollywood movie; oh! bravo. I will jump at the offer. But if not, I will still be doing my work here in Nigeria as a Nollywood actress and praying to God that I will be adequately recognized among my peers.

Some of people complain that Nollywood is not an appropriate name for our movie industry.

So many of your colleagues have. They say 'what does Nollywood really mean', and that it wasn't even coined by Nigerian movie stakeholders; but an American journalist.

I have nothing to say about that. I have known the movie industry as Nollywood since I came into it and I have come to accept it that way.

How long have you been in the game now?

What are your achievements?

I will say that ... Yeah, I have done a lot of movies, but I have not even started yet, you know. So, I know that above the sky is always the limit.

Who is your best friend in the industry? Or is it a clique that you roll with?

No, I don't really have a clique. But I respect everybody I work with.

You are always travelling everywhere to do your job. And travelling comes with its attendant stress. Between acting and a regular job that allows you return home every night and live a more settled life, which do you think is better?

Oh, I love my job with a passion. You see, part of the perks of the job is travelling, meeting people, discovering new places, learning new things from new people you meet. Those are the things that come with the job. That is why the life of an actress is always on the road, doing one or two things.

People feel actresses and actors are wayward people. Do you agree with them?

Because we kiss in movies and portray such characters? I beg to disagree. We are just doing our job and doing it very well. And when they say we are loose, it's crazy. Even when it comes to real life, we are like other people in what we go through and experience.