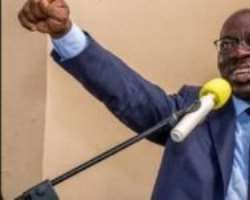 One of the witnesses was the Deputy Registrar, Legal, University of Ibadan, Mr Abayomi Ajayi.

The All Progressives Congress (APC) had instituted a case against the governor in court doubting the authenticity of the certificate obtained from the University of Ibadan.

But Ajayi told the court that the fact that some parts of Obaseki's original degree certificate were missing in the photocopy he attached to his INEC form EC9 and 001 did not amount to forgery.

The witness, who was led in evidence by Mr Ken Mozia (SAN), Obaseki's counsel, explained that Obaseki's photocopy was incomplete due to the process of photocopying.

The witness also told the court that the university was not dealing with this allegation for the first time as the Minister of State for Education had once brought the issue before the institution.

He maintained that from the records of the university, Obaseki was admitted as a student in 1976 through direct entry and that he graduated in the year 1979, during the tenure of Prof. Tekena Tamino as Vice Chancellor and S.J Okufu as Registrar.

He then went ahead to tender photocopies of various sizes of papers and their outcome when the original was not reduced.

Other documents he tendered to prove that Obaseki was a product of the university included relevant pages of the congregation for admission to degrees, award of diplomas and certificates and 31st Foundation Day Ceremony in September 1979, Obaseki's application amongst others.

The authorities of the University of Ibadan had in June last year, before a Federal High Court in Benin, cleared Obaseki of similar forgery allegations.

The institution said that Obaseki graduated from there and was accordingly awarded the degree certificate of Bachelor of Arts (BA) in Classical Studies in 1979.

The witness who claimed to be a close associate of Obaseki, informed the court that he made the said incomplete photocopy that Obaseki attached to his nomination form that he submitted to INEC.

He added that part of the photocopy attached to form EC9 were cut off because of the largeness of the original certificate.

All the certificates, which were original copies, were admitted as exhibits by the trial judge.

The All Progressives Congress (APC) and one of its chieftains, Mr Williams Edobor, dragged Obaseki to court for allegedly forging his university certificate he submitted to INEC to aid his qualification for the Sept. 19, 2020 governorship election in Edo.

The plaintiffs wanted the court to disqualify Obaseki, who won the election, in the event that he was found to have forged his university degree obtained from the university of Ibadan in 1979. (NAN)