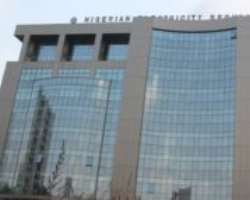 The Nigerian Electricity Regulatory Commission (NERC) has denied reports being bandied in media that it had approved 100 per cent increase in electricity tariff across the country.

The Nigerian Electricity Supply Industry (NESI) is not contemplating any tariff increase as none of the industry operators is pressing for 100 per cent increase in electricity tariff, the commission said in a statement by its head of media Michael Faloseyi.

The commission said the clarification was necessitated by speculative media reports that created the impression that the NERC was considering applications from electricity distribution companies requesting for 100 per cent increase in electricity tariff.

“Contrary to this wild and speculative media report, NERC has not received any request for 100 per cent increase in tariff from any electricity industry operator as most of them are at this moment pre-occupied with the challenges of improvement in service delivery imposed on them by the existing tariff regime,” the commission said.

The statement reads further, “The Commission as well as the industry is responsible enough to appreciate the state of the economy, level of power generation, how Nigerians are coping and would, therefore, not make any decision that could further aggravate the challenges faced by the power sector and the economy.

“Critical stakeholders in the economy are further advised not to be quick in joining the fray by reacting to baseless media speculation thereby lending credence to rumours and wild imaginations.”

Media reports citing a directive issued on December 31, 2020, and signed by Sanusi Garba, NERC chairman, indicated that the new tariff would take effect from January 1.