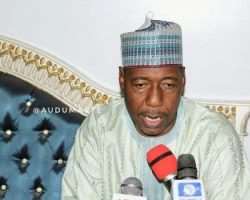 An aid worker has been abducted along the Maiduguri-Damaturu road.

Family sources confirmed the abduction of one Abubakar Idris, a staff of the United Nations High Commissioner for Refugees (UNHCR) in Maiduguri.

The abduction occurred on Saturday morning around Jakana village, where no fewer than 20 travellers were abducted in a raid.

According to sources, the criminals believed to be insurgents, disguised as soldiers and mounted a checkpoint where they accosted travellers.

Channels Television learned that while the travellers were searched and asked to display their Identity cards; Idris was immediately ordered down while other passengers were released to proceed.

Another Maiduguri-bound traveller simply identified as Comrade Muazu Bawa was also reportedly abducted in yesterday's operation. It is not clear if there are more victims, considering the coordination of the attack.

The insurgents took advantage of the free road on that axis and their multiple exit routes around Jakana to beat security at the highly fortified 136km road and abduct passengers.

Travellers say since the December 18th attack that left many abducted, the security presence is heavy on the road.