NIS reunites trafficking victim to her family after 14 years 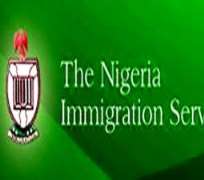 By Suleiman Shehu
The Nigeria Immigration Service (NIS),Oyo State Command, on Tuesday, reunited a trafficking victim, Khadijat Barugu, to her family in Benin Republic after 14 years.

The News Agency of Nigeria (NAN) reports that the NIS Comptroller in the state, Babangida Usman, handed over the victim to an official from Benin Consulate for onward transfer to her parents.

Usman said that Barugu, who is now 21 years old, lost contact with her parents 14 years ago.

He said that she was trafficked from her country, Benin Republic, to Nigeria when she was seven years old by her aunty, adding that she first lived in Kishi, a border town in Oyo State.

The comptroller said that the victim was eventually brought to Ibadan by one Mr Rasaki and that she initially worked with a woman after which she was handed over to another woman.

He added that the woman later moved Barugu to her daughter in Lagos to work with her.

“Unfortunately for the victim, she was not able to attend any formal education but for the magnanimity of her master, who trained her in fashion designing.

“She lost contact with her parent in Benin but with the assistance of her master and the Consulate of Benin Republic in Nigeria, we were able to trace her family,” Usman said.

The comptroller said that the victim was able to speak with her family through WhatsApp call and that she was willing to go back home, since she was able to locate her family members.

He said that they needed to contact the consulate to link up with her family and secure an assurance to bring her back to Nigeria, where she had expressed her willingness to continue her fashion designing job.

“It is gladdening that the NIS and officials of the anti-human trafficking agency were able to take the pain to link Barugu with her family members in Benin Republic,” Usman said.

In his remark, the victim expressed happiness seeing her parents and other members of her family after 14 years, promising to come back to Nigeria to continue her job.

In another development, the NIS comptroller has presented certificates to 20 people who participated in a free skill acquisition programme, organised by the Immigration Officers' Wives Association (IMMOWA) in the state.

NAN reports that the participants were trained on skills, such as leather work, catering, sewing, computer and makeup. (NAN)