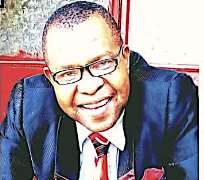 Professor Richard Solomon Musa Tarfa, the co-founder of orphanages for unwanted Christian children in Nigeria’s Kano and Kaduna states, has been released on bail after nearly a year in pretrial detention.

Professor Tarfa was detained by authorities on 25 December 2019, when armed officers from the police force and the National Agency for the Prohibition of Trafficking in Persons (NAPTIP) raided, without a warrant, the Du Merci Centre orphanage he had co-founded with his wife Mercy in the Christian district of the Kano State capital. On 31 December a similar raid occurred on the Du Merci orphanage branch in Kaduna state. The building has now been demolished by the state government.

He was initially informed his detention was due to operating an orphanage illegally, but the charges were subsequently changed to ‘criminal abduction of minors’ after his wife produced documentation proving the orphanage was duly registered with several government bodies.

On 3 January 2020, the professor’s bail terms were set at N5 million (approximately USD13,800) and included the provision that one of his sureties had to be a permanent secretary in a federal ministry in the capital, Abuja.

After repeated concerning delays in hearings for a review of the excessive bail stipulations, a High Court judge set new bail terms on 27 November requiring an individual with a landed property certificate in Kano and a community leader in Kano state to stand as sureties. On 10 December, after just under a year in pre-trial detention, the professor was able to meet these requirements and has returned to his family.

However, 17 children aged between 4 and 13, who were seized during the raids on the orphanages in Kano and Kaduna, remain in the government-run Nasarawa Children’s Home, along with a 30-year-old who volunteered to remain in order to ensure their welfare. They are not permitted to leave the premises to attend their school or church and have complained of being mistreated on account of their religious beliefs.

CSW’s Founder President Mervyn Thomas said: “CSW welcomes the release of Professor Richard Solomon Musa Tarfa on bail. It is unacceptable that he has spent nearly an entire year in pre-trial detention owing to excessive bail requirements and repeated delays in the judicial process. We call on the Kano state authorities to drop all charges against the professor and bring an end to this concerning chapter of harassment and injustice. We also call on the government to end the trauma experienced by the 17 Du Merci children as a matter of urgency by returning them to the only parents they have ever known.”